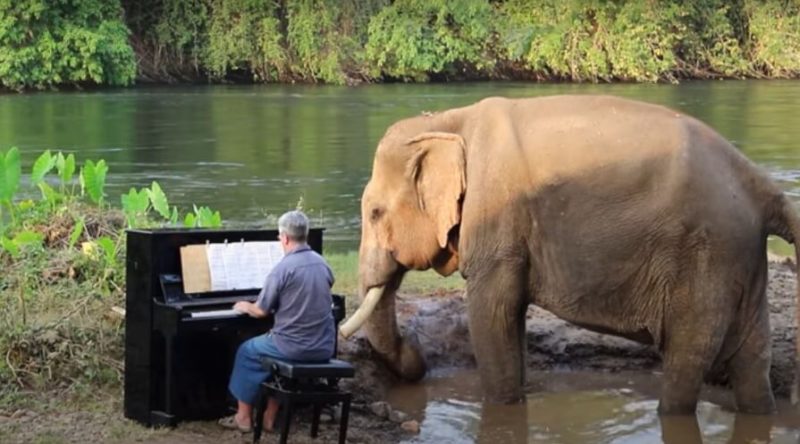 Animals are sensitive creatures. They actually feel the way we treat them. And many times, after going through difficult times, they need to be relaxed and cured of all of the physical and mental harm.

Although they are giant and sometimes scare, they have gentle hearts and patient behavior. They can be good friends to those who value them. 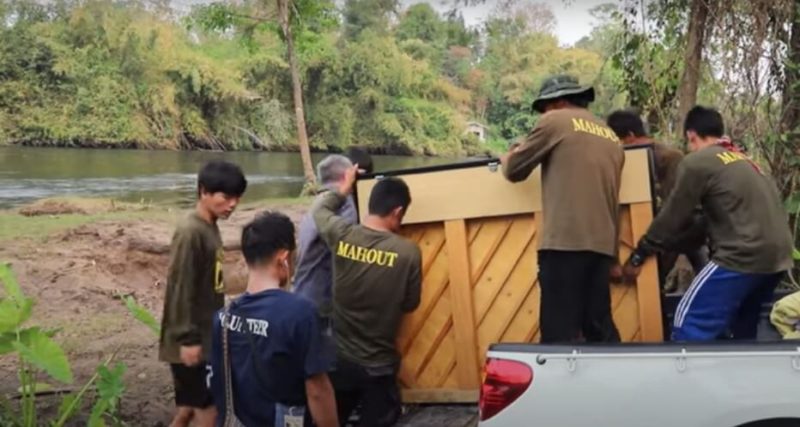 A man named Paul Barton is truly a worthy friend to them. He studied at the Royal Academy of Arts in London and after graduation became a concert pianist. Soon he was famous but not happy.

When Barton realized that fame was not able to satisfy him, he just stopped his performances and visited Thailand with his wife in 1996. There, for the first time, this man saw elephants and fell in love with them. 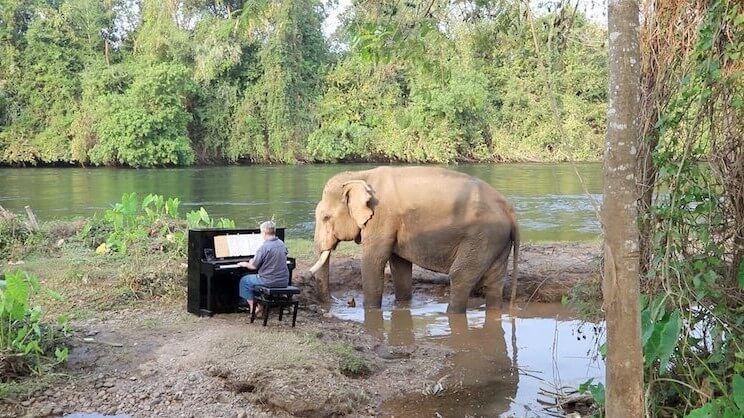 Previously, Barton had worked with blind children and their lives were transformed. Now he wanted to make a kind step for blind and abused elephants.

He has started playing classical music for needy elephants since 2011. His playing saved the lives of numerous elephants. The man plays pieces of outstanding artists such as Beethoven, Bach, Schubert, etc.

Wonderfully, animals come next to him to enjoy the live music.

Barton says that in order to become a friend with an elephant and generally for all the animals you should try playing classical music!

It’s so heartwarming that some people still don’t go after wealth and fame. They are just kind and it makes them perfect!

Man saved a lynx and a deer from the fire, and now they live at his house