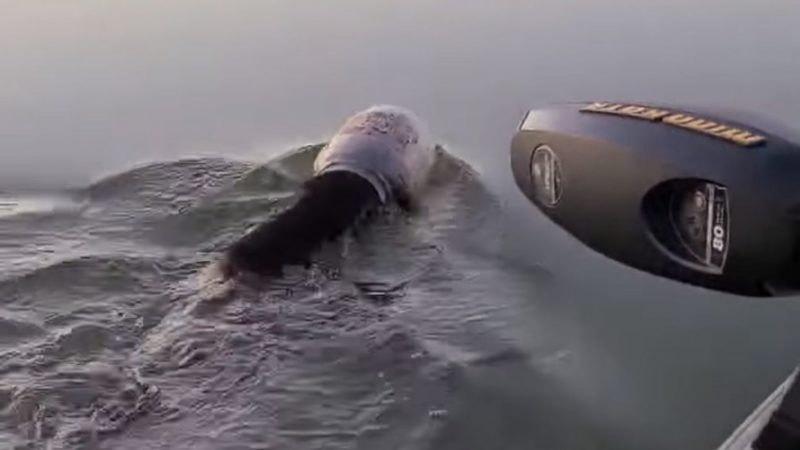 A family from Wisconsin decided to go fishing and have a rest. They couldn’t imagine what was going to happen at the end of the day.

Brian Hurt with his wife and son was fishing on Marsh-Miller Lake when they noticed something massive struggling to swim to shore.

It was a very strange creature, so they decided to find out what they were seeing.

To their surprise, the ”odd thing” was a swimming bear with a plastic jar stuck on its head. The poor thing was heavily breathing, trying to make his way to the shore.

The family realized that the bear mightn’t reach the coast, so they decided to help the cub. 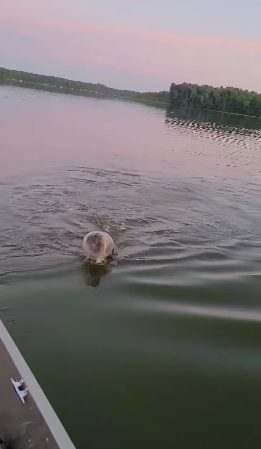 Only from the second attempt did they succeed. Actually, it was a very risky mission. These people decided to put their lives at risk to rescue the animal.

When finally Brian’s hands reached the jar, he instantly dragged it out of the cub’s head. 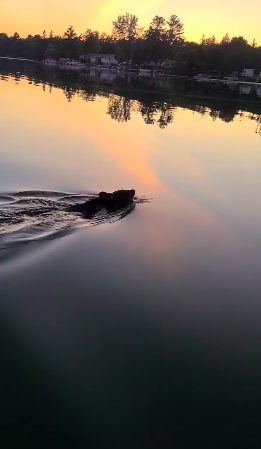 It was a very incredible story. Brian’s wife filmed the rescue process and posted it on Facebook. The video was watched by thousands of people. Everybody was concerned about the cub.

The woman wrote that the bear eventually reached the shore and joined the other bears!

See, what can sometimes a fishing trip turn into!