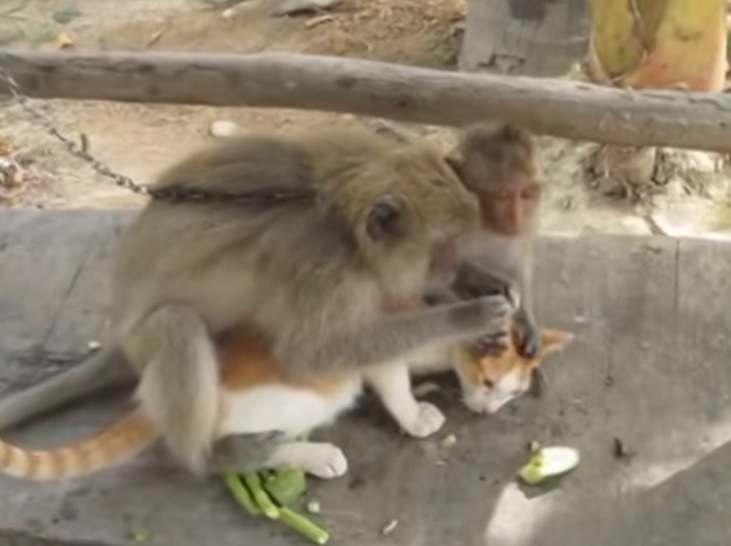 All parents are involved in raising their children. They try to instill in them an understanding of what is good and what is bad, what can and cannot be done. Monkeys are such intelligent creatures that they also keep children in strictness.

A tourist in Thailand filmed a video about how a mother raised her cub. The monkey mom and her baby ate together. At this time a cat came to visit them. 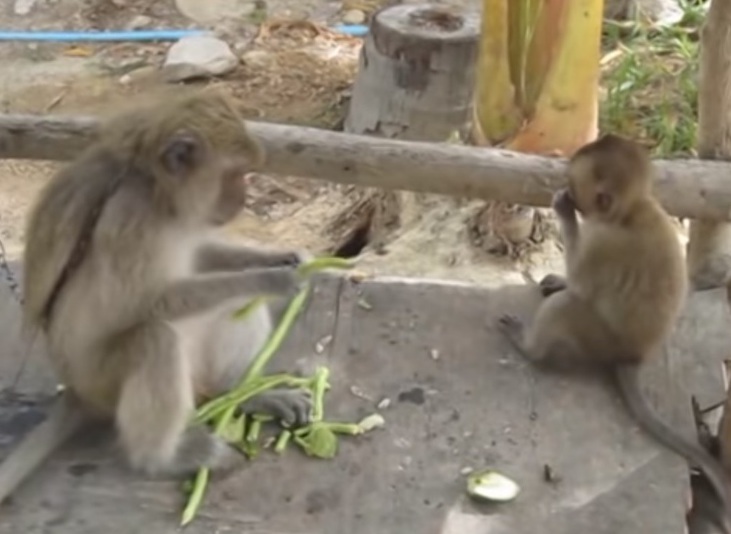 The kid really wanted to play with the guest but he did not know how to do it correctly. The cub began to pinch the cat, pulling its fur. Mom’s reaction was not long in coming.

She clearly demonstrated to her child that it is unacceptable to behave so. Namely, after his next nip of the cat, she did the same to him.

As a result, the cub was offended and left. And his mother stayed with the guest. The monkey and the cat immediately became friends.

But the kid’s resentment did not last long, no matter what, but he wanted to eat, so he returned and continued his meal.

Look at this incredible parenting process. Even monkeys know that it is not permissible to hurt a friend physically!

If you liked the video, don’t forget to share it with your friends!