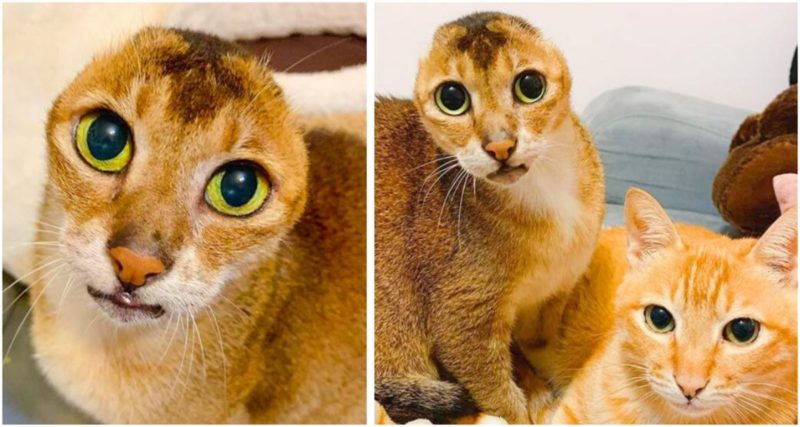 All animals need love, affection and care. At the same time, pets with some health problems are the most grateful and devoted. They have a special connection with owners, and owners themselves love them with all of their hearts.

Before the cat got to a special shelter, he lived right on the street of one of the Chinese cities.

Volunteers saw him about two or three years ago. The cat was then in a very bad condition.

In addition to lichen and fleas, the animal had quite a lot of problems with the ears, namely a benign tumor that could not be cured. 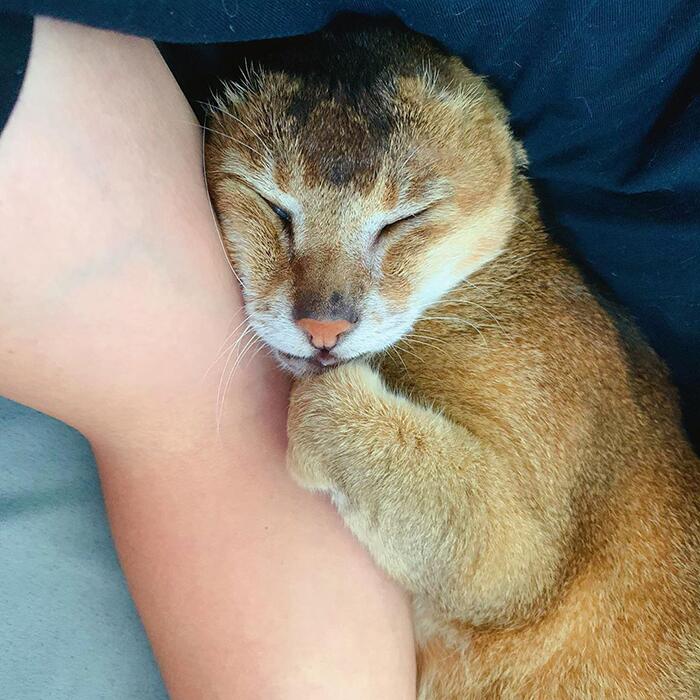 In order not to torment the cat with a large number of operations, his ears were simply removed. Fortunately, the animal began to gradually recover.

In addition, he was finally taken away from the shelter. The new owner of the Potato now has a true friend named Horlick. 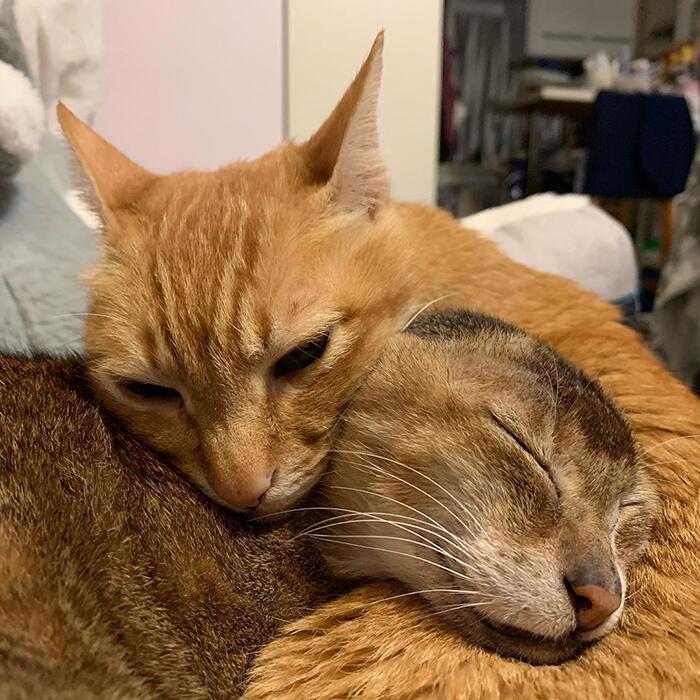 Since the cat without ears was adopted on April 25, its owners celebrate this day every year.

Again, we are thankful to the people who are don’t only interested in appearance; they choose to love, they decide to give care and attention to animals with problems. You are heroes and what you are doing, is priceless.