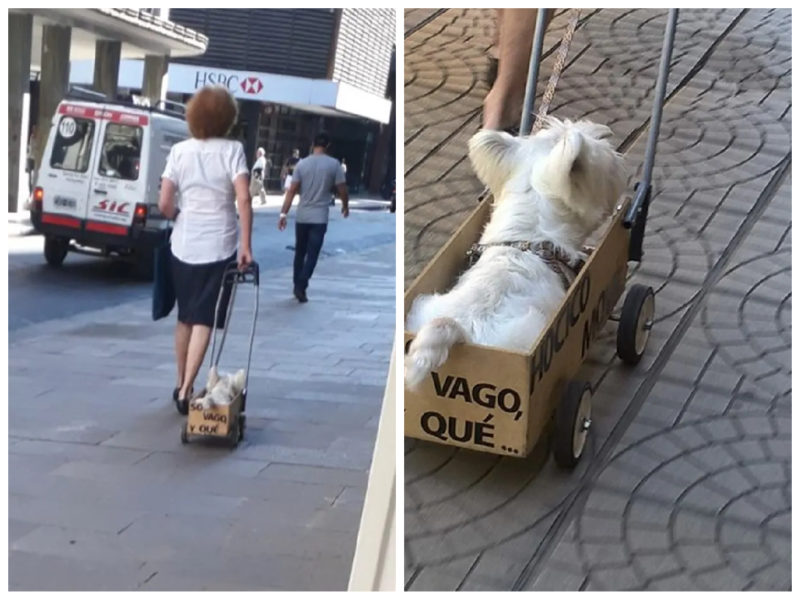 Some dogs go viral for doing some good things.

Others, on the contrary, are known for their bad deeds. However, this puppy decided to act in a different way. He made a name for himself almost from scratch, doing nothing for this. Not so long ago, in Rosario (Argentina), they began to notice a woman walking around the city in the company of a small white dog.

This dog never walks on his own but moves freely behind his owner thanks to a small cart, which the woman pulls along with the lazy animal. Evelina Luna is one of many people who drew attention to this unusual picture. Last weekend, she and her best friend were on the same sidewalk with this strange couple.

But soon they learned the whole truth.

When the girl and her friend got closer to the animal, perhaps to pet it, something unexpected happened. The dog jumped out of the cart and ran towards them. Later, after talking with the owner of the animal, passers-by learned that this dog is just a terribly lazy pet.

It was then that Luna and her buddy noticed the sign on the animal’s cart: “Soy vago, y que,” which means “I’m lazy, so what.”