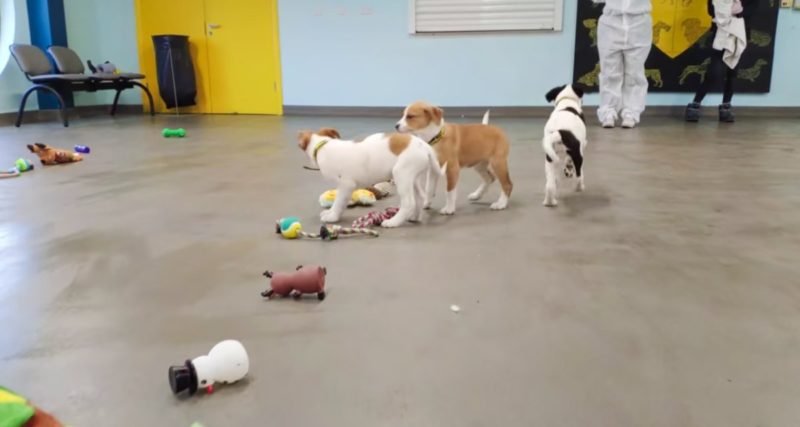 At a dog shelter in Dublin called Dogs Trust Ireland, the staff decided to please their animals. Thanks to the donations of good-natured people, they bought them a lot of toys.

But the coolest thing about this story is that the workers didn’t bring gifts to the dogs, they let each one choose what they wanted and liked. The idea was great.

The dogs were so happy that the volunteers could not restrain themselves and filmed this genuine, sincere joy.

The dogs were brought into a room where different kinds of toys were already placed and allowed to choose.

The interesting fact is that each dog had their liked toy. They immediately caught the most impressive toy for them. Some of the pups, however, changed their mind and chose their new favorite toys.

“As you can see, the decision of which toy to choose was very important for some dogs.”

“And when they found the one, there was the purest joy and delight on their faces!” Dogs Trust Ireland wrote on their social networks.

We recommend you to watch the video below in which you can also see the happiness of each dog thanks to the simple act of people’s kindness.

Dogs from the shelter were allowed to choose their own toy. Look at the happy faces
Share on Facebook