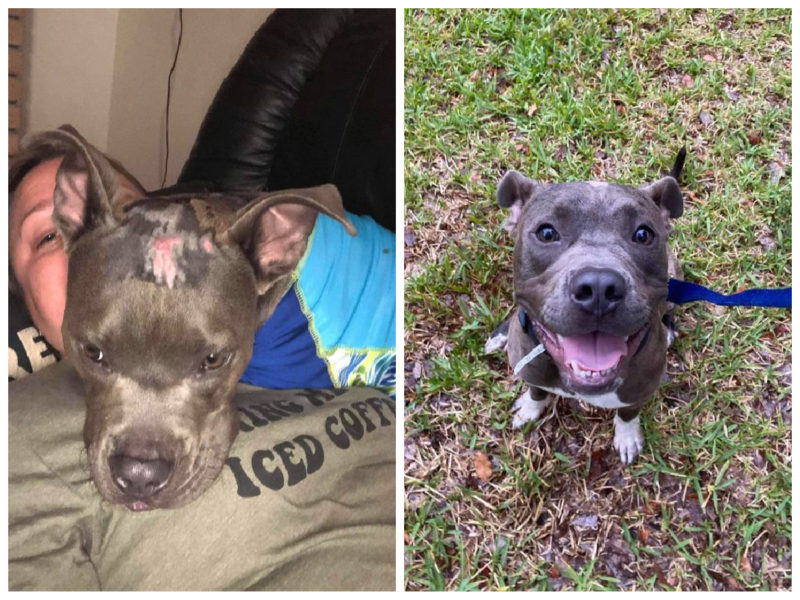 It’s not understandable how people can adopt pets and then abandon them. Sometimes they can even mistreat them, harm and then throw them away.

In this story a 7-month-old pup was found burned and harmed left all alone on a road after his owner – a truck driver throw him away while driving.

A rescue group called the Pittie Party of Central Florida found the dog badly and tried to help the poor puppy. The little creature had 3rd-degree chemical burns down his back and was also injured after being thrown out of a vehicle.

Soon, the pup started to recover. He was given a name – Beans. It turned out that Beans is a very playful and joyous doggie! The facility called Beans ”sweet little burn baby” in their Facebook post.

Unfortunately, the cruel truck driver couldn’t be found as he was driving so fast at the time of the incident that it was impossible to identify him. 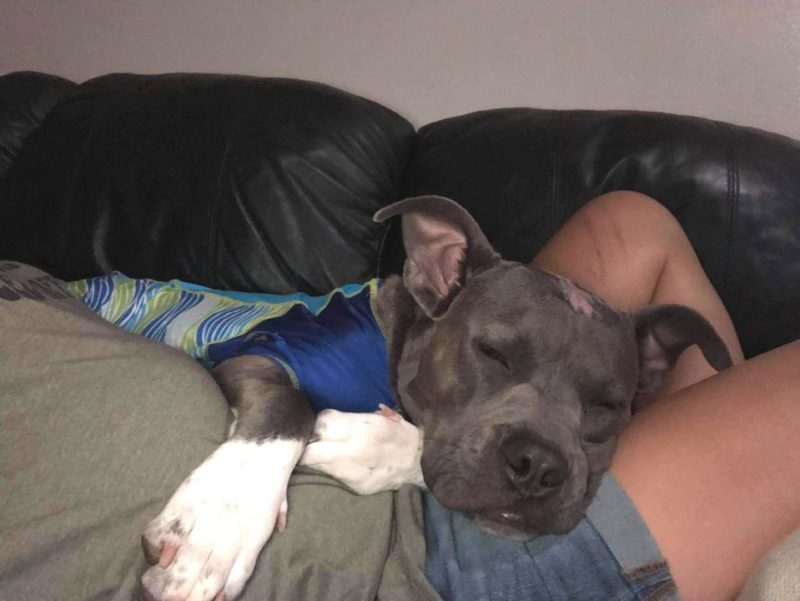 After the recovery Beans needed a lifetime caring family that would be very attentive to the pup. The family of Robertsons decided to become Beans’ foster family until he would find a permanent family.

Soon, Beans made a great impression on the family members. These people tell that the dog loved to follow them everywhere and would never lay down beside them but on top of them!

It was the time for Beans to find a lifelong family and it happened! Actually, the family of Robertsons decided to adopt the baby! They fell in love with the doggie and couldn’t let him go. 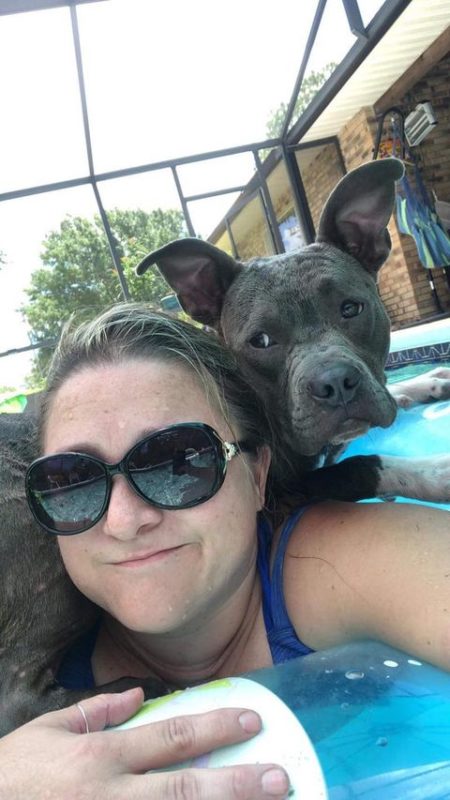 Sometimes people call this experience a ”faster fail” but adopting a pet can’t be a fail but a win!

Now Beans is the happiest dog ever and enjoys swimming in the pool especially relaxing on his human mamma!

The cute kitten grew up and changed: his ears are overgrown but he is still adorable