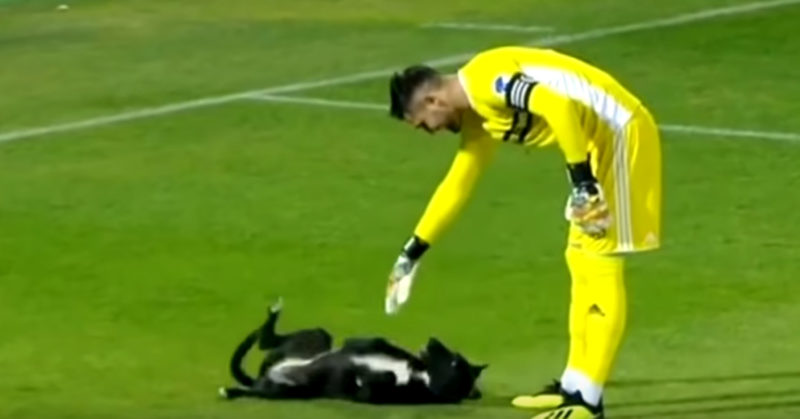 The situation took place in the Georgian city of Gori, where one of the matches of local teams took place at the stadium. And even though the game was really good, it was not the game that attracted the attention of everybody.

At some point, a dog appeared on the field, which quickly confused all the players. Nobody knew what to do with it until the animal made everyone understand that it just wants to play!

Perhaps the active game of football provoked the dog too much and he decided to join the process!

It is clear that the match was over, and the players tried to figure out how to get the guest off the field. The most resourceful was the goalkeeper, who was able to attract the attention of the dog. The animal showed complete confidence in the player of one of the teams, but at some point, the staff of the stadium appeared on the field. Their actions towards the dog only amused the fans and the guest still remained on the field as the main character of the events! 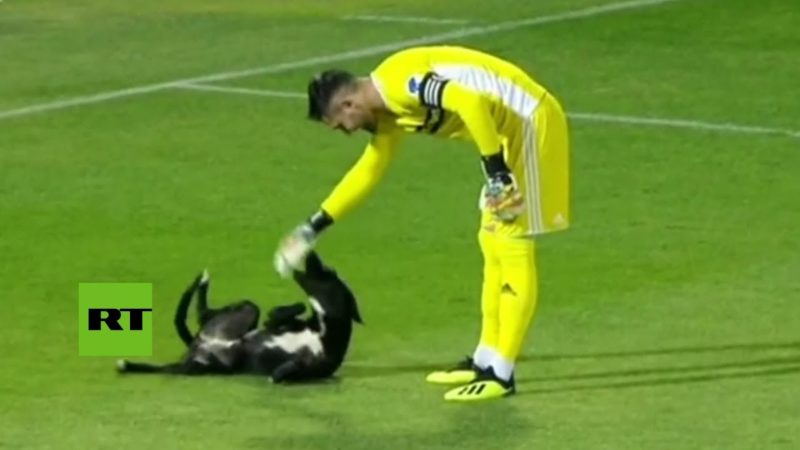 We are sure that the dog enjoyed such a pastime immensely! Moreover, he became a real star! The dog was able to surprise not only football fans but also people who never even paid attention to this game.

And now we recommend you a funny video about the same incident!

Dog is running on the football field! This is the most interesting match ever
Share on Facebook