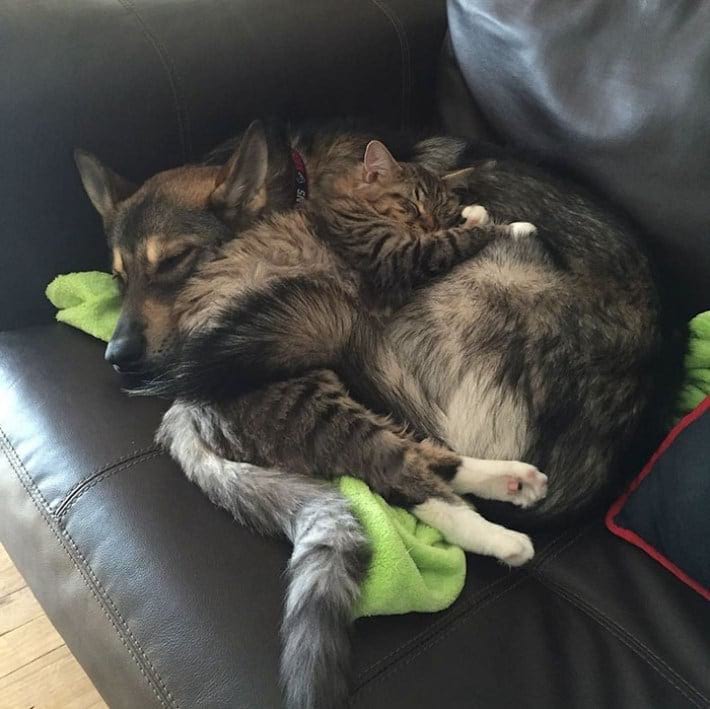 Raven, a husky pup, was in dire need of a friend, but his human mother, Christine, knew you couldn’t just pick and choose the best friend for someone. Instead of choosing for Raven, she took him to an animal shelter in Lubbock, Texas, so that the dog could choose a friend for itself.

“I always wanted to have a dog and a cat in my house that could grow up together. It was kind of my goal,” Christine explains. “I also wanted them to get along well. So I took Raven to an orphanage so he could choose his own friend.”

The husky named Raven was taken to a shelter to choose his own kitten to grow up with. The dog was presented with 4 kittens, but none of them showed much interest in him, except for this kitten! 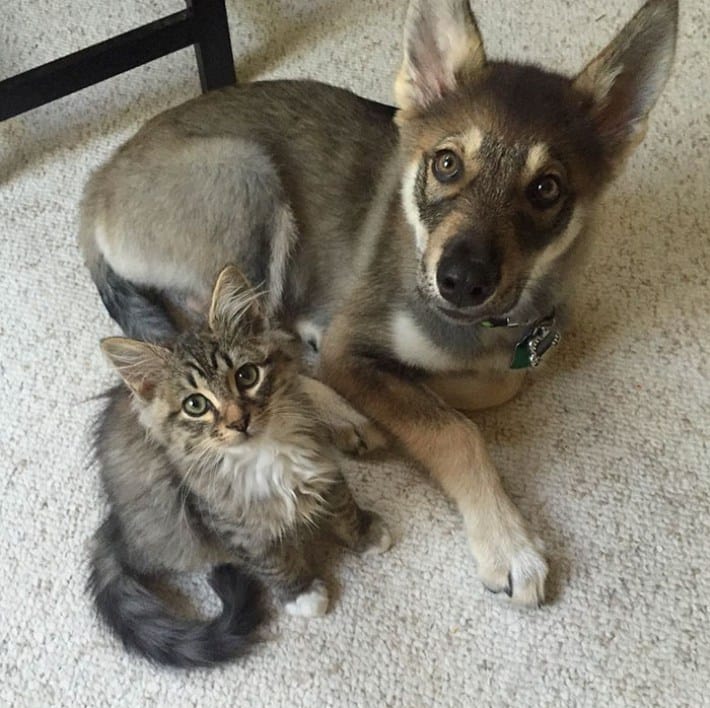 The kitty was named Woody, and he and Raven developed a special bond as soon as they saw each other.

On this day, the kitten received not only a home but also a best friend. It’s been a year since they met, but these two are still inseparable! 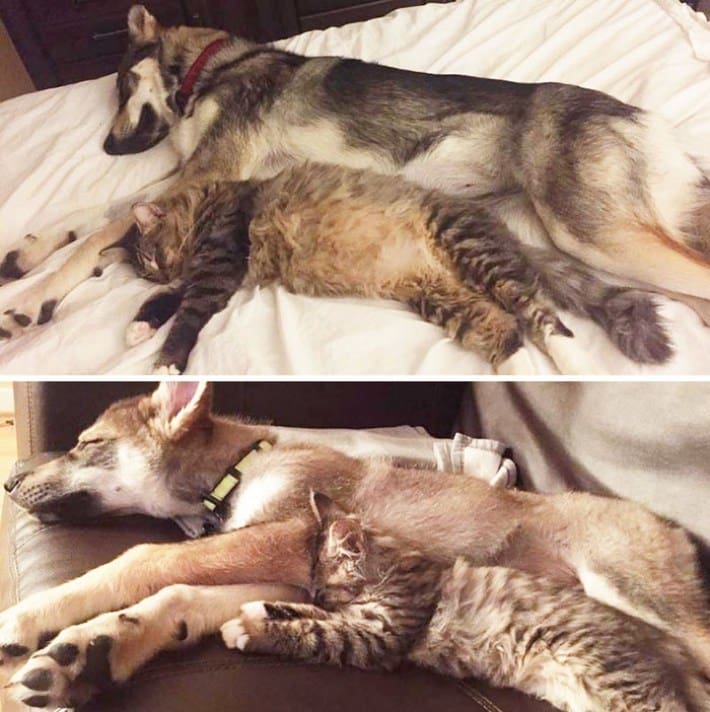 They help each other take a bath. They also enjoy naps together. “They’re perfect for each other,” their human mom Christine said.

They even celebrate their birthdays together! “They don’t hug as often as they did when they were little. But they are still always together.”

Dog himself chose a kitten from the shelter as his friend, and since then they have been inseparable
Share on Facebook