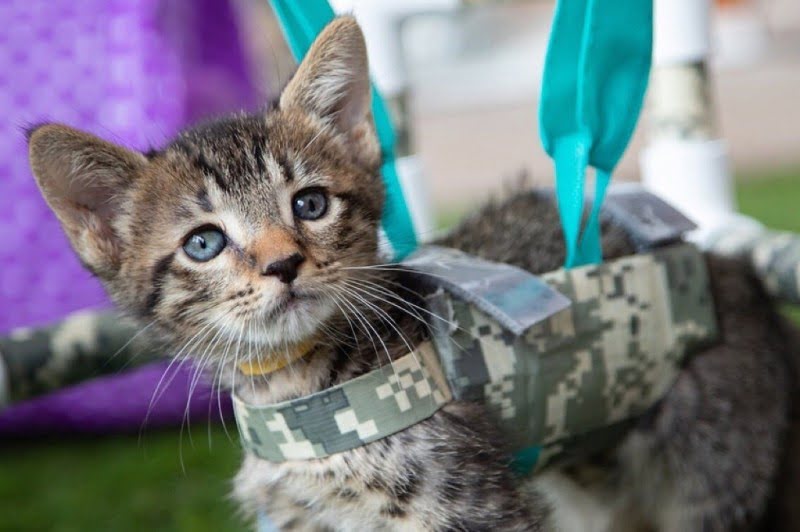 When the kittens, who were given the names Twisty and Hurricane, began to grow up in the shelter, Hurricane began to walk normally but Twisty had problems with his hind legs. It looked like they were paralyzed, the kitten was dragging its paws as it crawled. 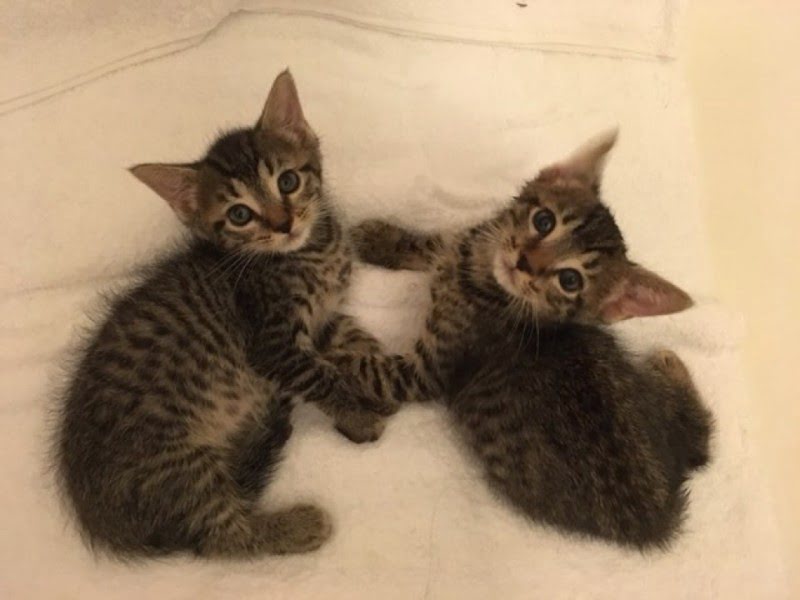 However, he could move those legs a little, so it was decided that Twisty had a neurological problem. Especially for the kitten, the shelter staff found a qualified neurologist veterinarian and brought Twisty in for an examination.

But the shelter staff thought Twisty was a real fighter. The kitten was very active; he did not feel pain and his sore hind legs did not make him give up playing and exploring the world around him. 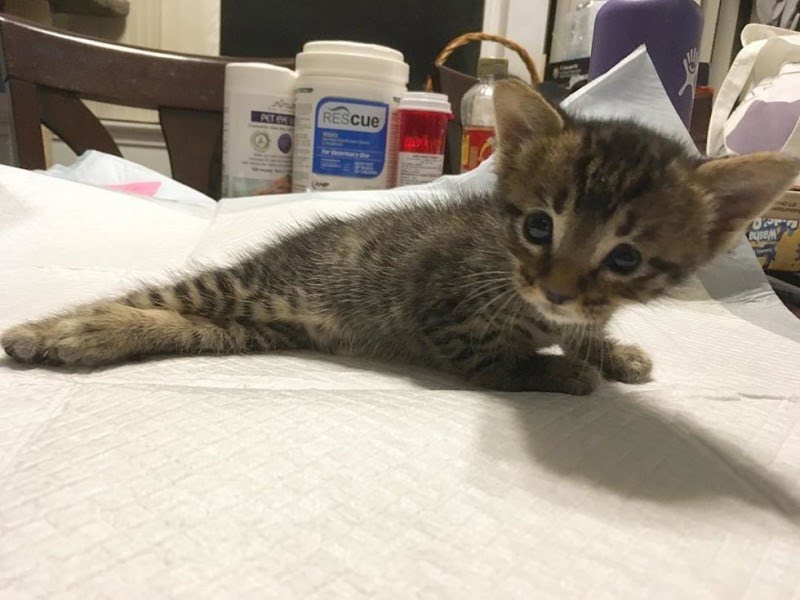 The workers of the shelter began to develop a plan and decided to build a special hanging cart for Twisty, a kind of physical therapy machine for people with mobility problems.

They believe that such a stroller will help Twisty not only move but also build up the necessary muscle mass on his hind legs and strengthen them. And then maybe the kitten will be able to walk without a cart.

When the story about Twisty and his problem legs appeared on the net, kind people sent another stroller for him, which turned out to be more comfortable. In it, Twisty became even more active.