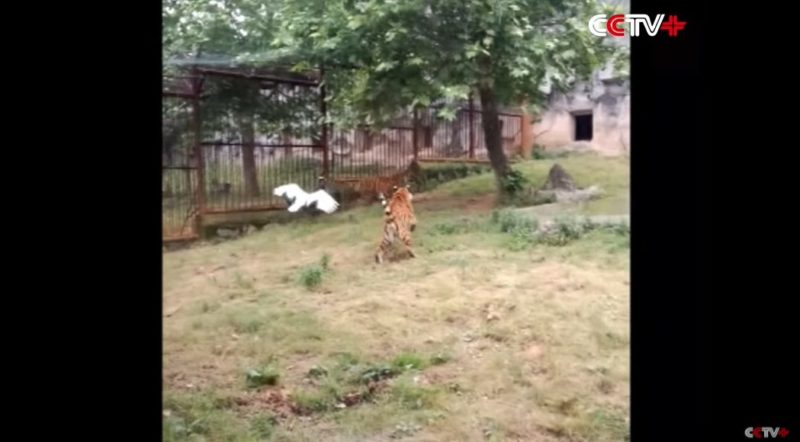 Cranes are familiar and loved birds by the majority of us, but at the same time, these creatures are considered to be vulnerable.

Such external features of them as thin legs and neck, straight beak let them to be ranked among the group of ankle birds.

This can confuse some people far from science, at the same time, this creature can be easily distinguished from a heron or stork by other signs.

During breeding, they spend solitary days far from people, but in search of food, they go to fields, where they can maintain a considerable distance from a person. 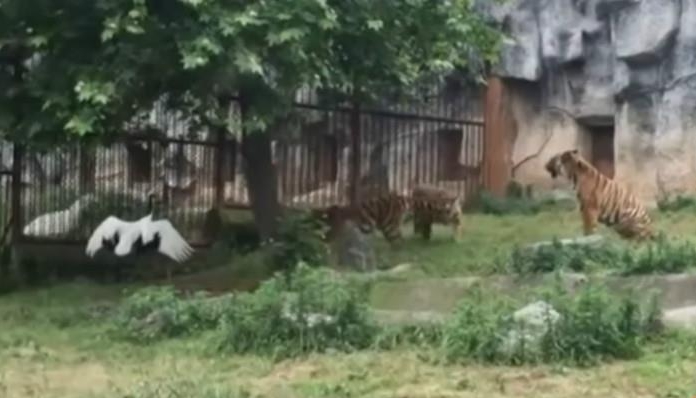 These buddies are so smart and intelligent that they can even count. Now let’s see how such an animal will lead in an enclosure with tigers!

At first, it seems that the tigers will attack the bird and kill her. It is all alone in the enclosure against the tigers. But then something changes. 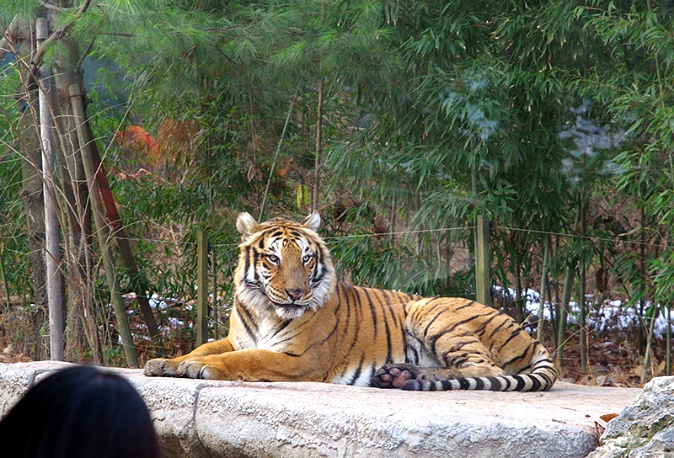 The bird become more confident and decided to attack back the wild cats. After several attempts to approach the bird, tigers get frightened and leave it alone.

Just wow! It’s not always about the size of animals, it’s about their courage and desire to stay alive. This is nature.