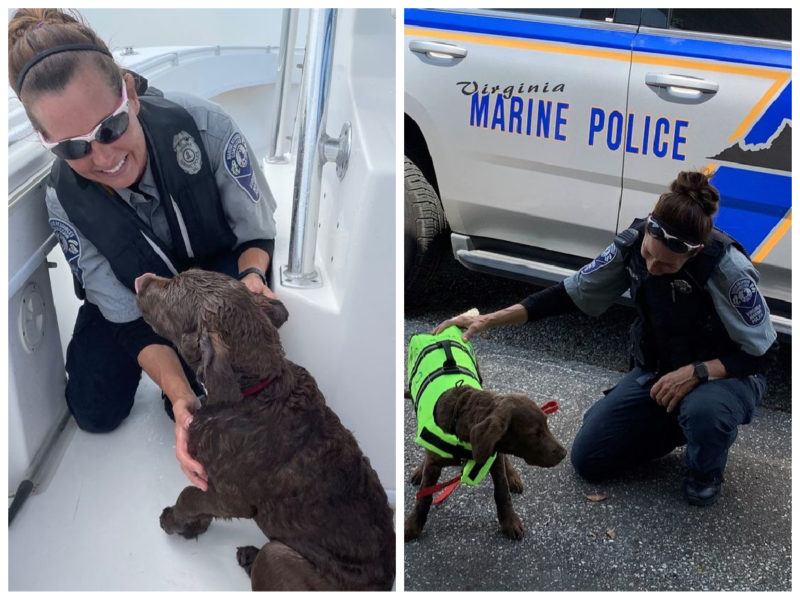 Many dogs get excited when taken to the beach. Some of them love swimming, some fighting against the waves.

But if a dog owner decides to go near water with his dog, he must be very attentive. Thanks to dedicated marine police officers this pup stayed alive.

Recently, a man went to the Rappahannock River in Virginia with his dog – Skip Jack to spend a good day. 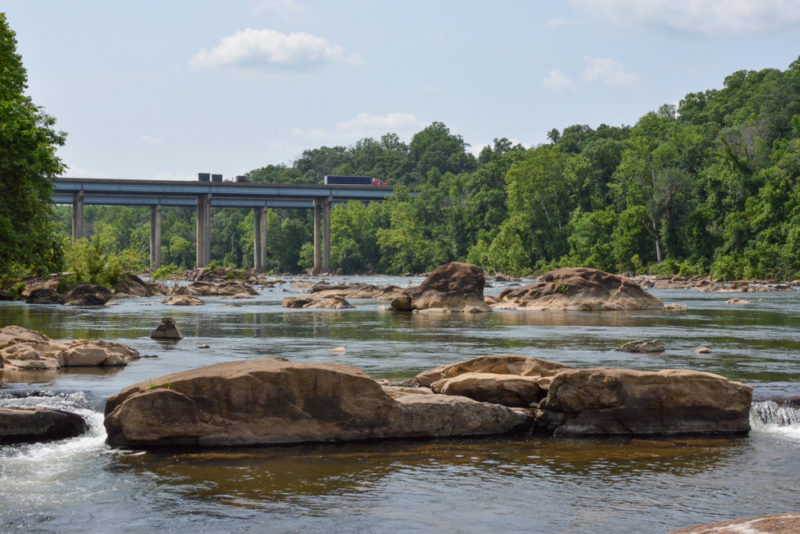 Yet, when the water-loving dog jumped into the river, he was caught in a strong current. The owner immediately went after her dog with a flotation device but couldn’t reach Skip Jack.

Then she called 911 and reported the incident. Luckily, the marine officers were near that place. Soon they came for help. 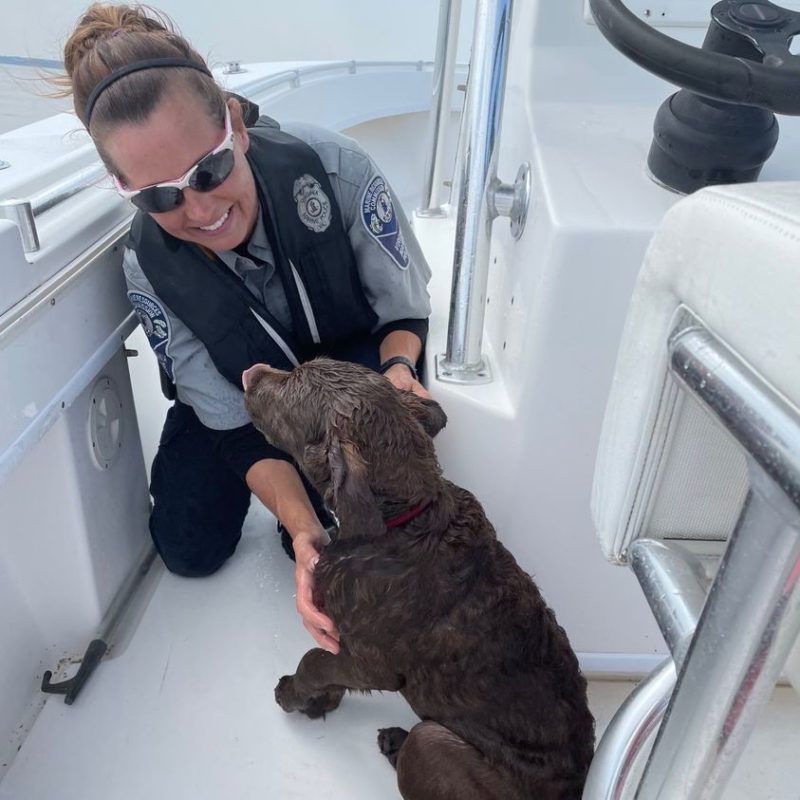 They realized that it wasn’t going to be easy to save the brown-colored dog because the area was filled with crab pot buoys.

Somehow they noticed the nose of the already tired dog and rescued him.

The pup was reunited with her owner. The officers decided to let the dog go back to its owner after giving a gift – a flotation device for the dog! 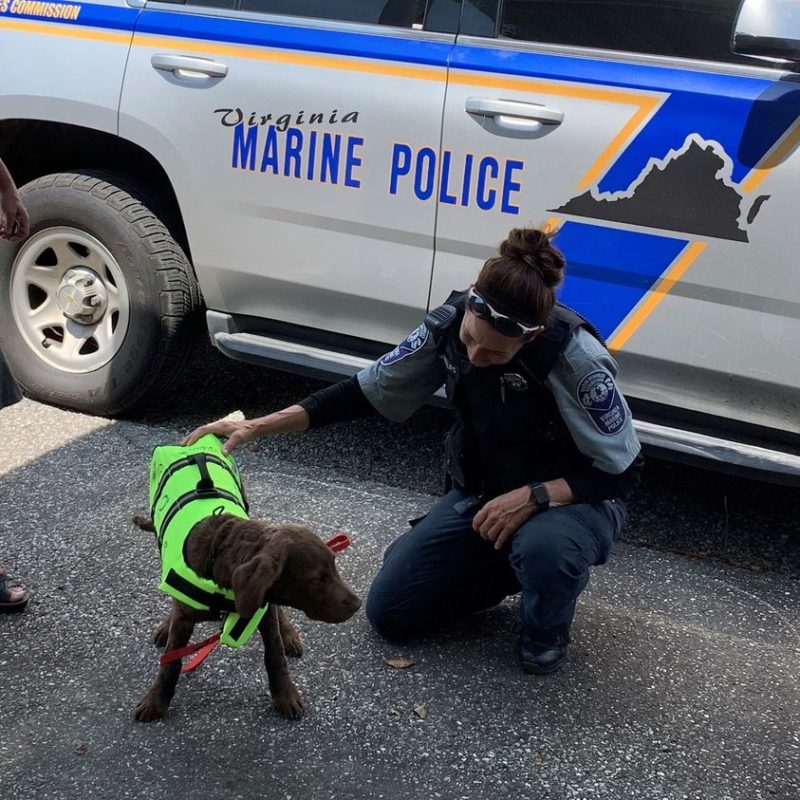 Thanks to these kind and concerned officers, the brown pup reunited with his family!

80 years old endangered tortoise becomes a mom for the first time: all the babies are healthy