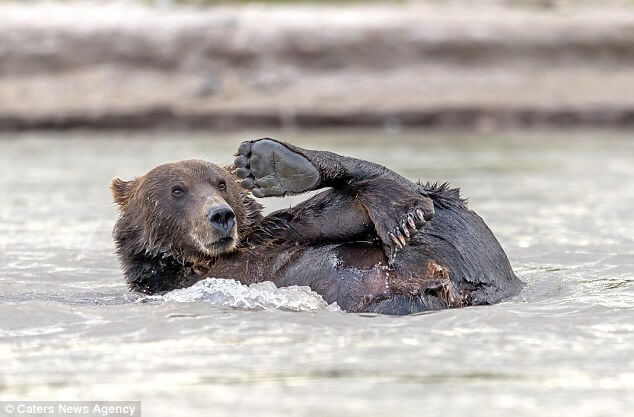 Bears are as playful and mischievous as human kids. They love eating, playing, sleeping.

One of their favorite things to do is hunting fish. But sometimes fishing is not the main desire of their heart. This is what a bear may dream of.

Instead of joining the team, the playful bear was having a good time for nearly 10 minutes taking a bath in the cold water. He was enjoying the water just as a human.

He was washing his head then body and hands. While doing it, he was tumbling around. It was hilarious for Giuseppe to see a bear washing its hair. 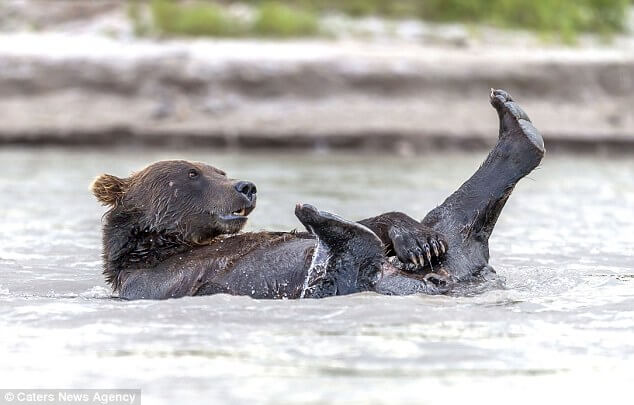 He was kind of serious but too clumsy not to laugh at. These species are considered large in size. They dwell in Eurasia and North America.

The entire population of brown bears is 200,000. Their number is still small not to be considered endangered. 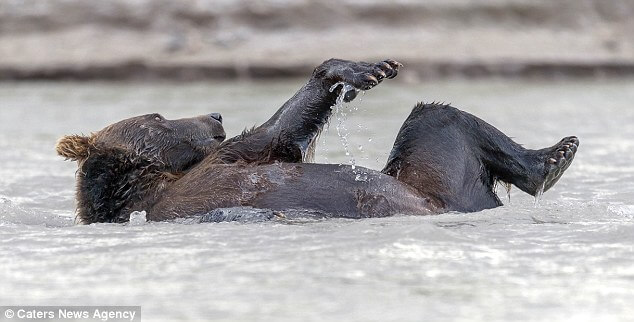 The bathing bear eventually came out of the water and had a delicious salmon fish dinner!

Hopefully, this species will grow its population in a short time.

During a walk, a stray cat approached the girl and called for help. She did it not for herself