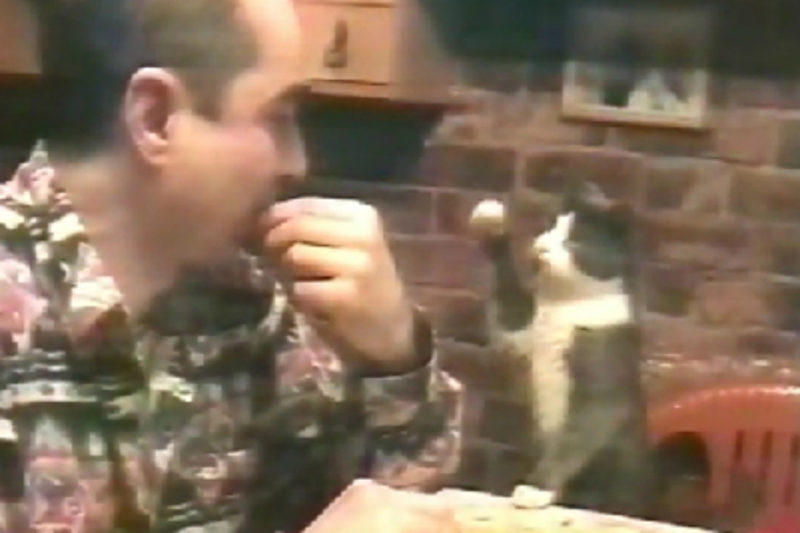 This cat communicates with its owner using gestures. In all the gestures of the mustachioed fluffy, you can see sincere love for its owner.

After all, pets do not care at all who their owner is. Does he have the finances, can he buy a car that costs a lot of money, whether he pay off the loan. This is all so unimportant for our pets. 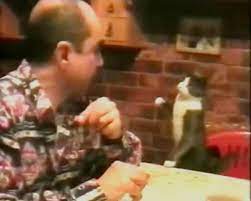 They have no preference in appearance. You can lie on the couch all day, eat some sandwiches but your cat’s love will still be limitless. The video, which you will definitely appreciate, will show how strong the friendship of an ordinary cat and its deaf owner can be.

This man lost his hearing for a very long time. He can’t hear an affectionate word and he will not be able to pronounce it. But this does not prevent his beloved pet from communicating with the owner in sign language.

The cat realizes that meowing is useless when he is hungry. The owner will still not hear him, even with a strong desire. A soft touch with the paw when the cat demands a new portion of sweets and the problem is solved.

It seems that the cat and its owner in the video are two kindred spirits. They have become so close during their time together that they simply do not need words. What for? After all, they understand each other without words. 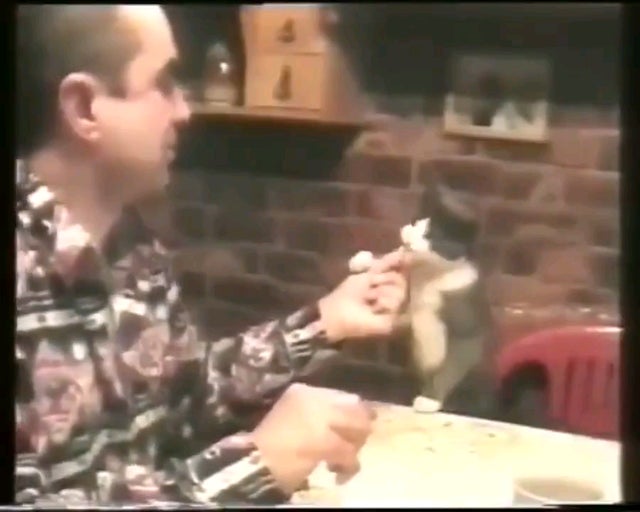 It seems that soon the sign language may not be useful in their communication. Just a glance will be enough, which will eloquently indicate the cat’s desire for refreshment. How well the cat and its owner get along, looking at the video it is not even immediately possible to understand what is missing there.

The video about the smart and quick-witted cat has collected almost 7 million views. This is not surprising, because it seems that this is not a cat in front of us, but a person whose soul somehow inexplicably found itself in the body of a cat.