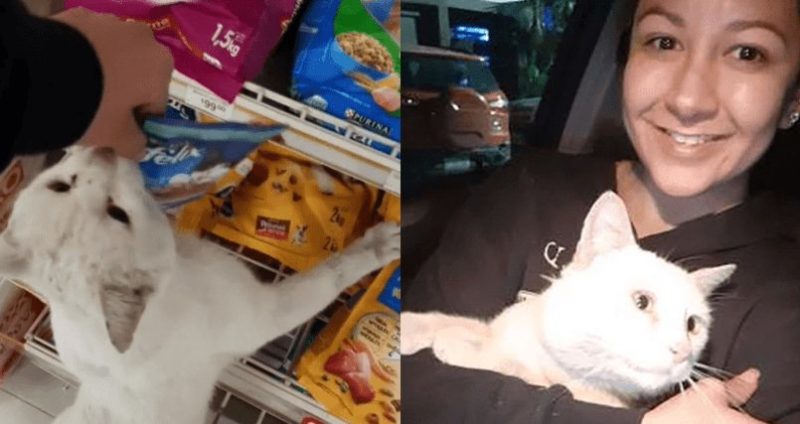 How to make friends, find protection and help in difficult times? It is necessary to show ingenuity and resourcefulness, which was done by a simple Mexican homeless cat.

Primary school teacher Tanya Tova saw a polite animal near the store and entered into a dialogue with him, and the cat did not miss this chance. See what happened next. 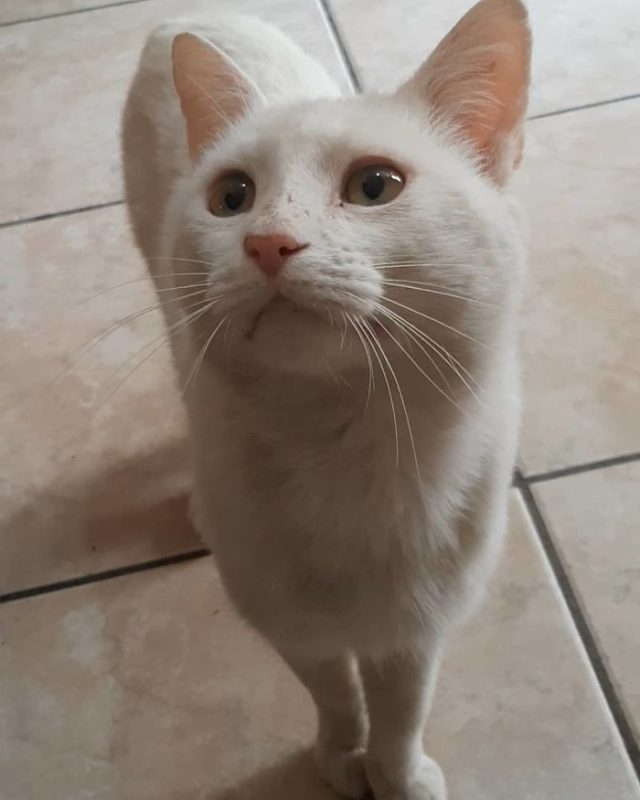 The cat knew exactly what he needed.

Tanya was so impressed by the behavior of the animal that she decided it was fate!

It is not known how the fate of the cat developed earlier, but obviously not in the best way. In addition to the absence of a tail, he had many minor injuries, parasites and other traces of life on the street. 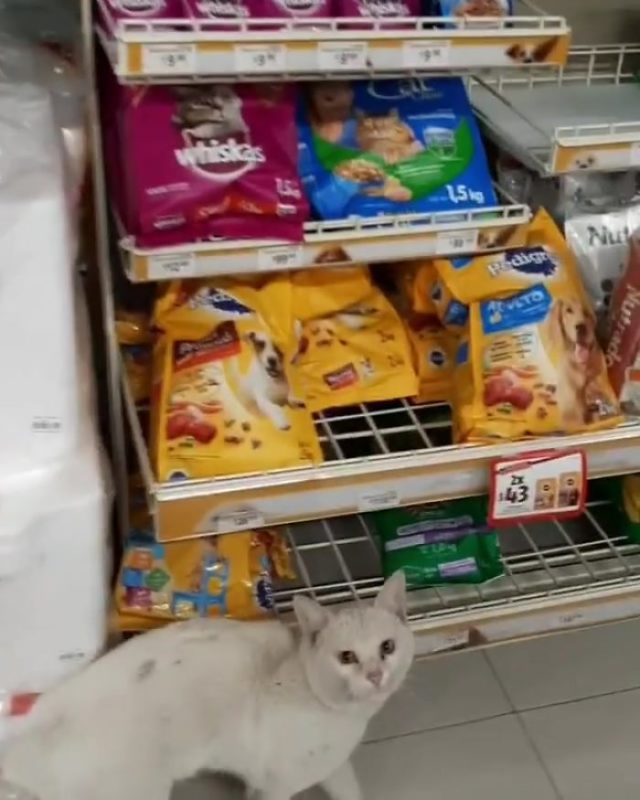 The cat looked sad and tired, he desperately needed help, but at the same time, he was smart enough to look for her in the right place – at a busy intersection near the store.

Such a trifle, a pack of food, but in fact a huge gesture and a test of humanity. Tanya Tova passed it and now she has a cat Koneyo, which means “rabbit”, due to the lack of a tail.

She considers this a sign from above that their meeting was not accidental, and therefore she has no doubts about anything.

Tanya Tova says that she didn’t even notice when she started making videos. The result was a touching story that many people liked.

Cat politely asked a passerby to buy him food, and then decided to stay with her
Share on Facebook

“Hey, I’m here”: the funny moment when the wildlife photographer didn’t notice this cute buck behind him