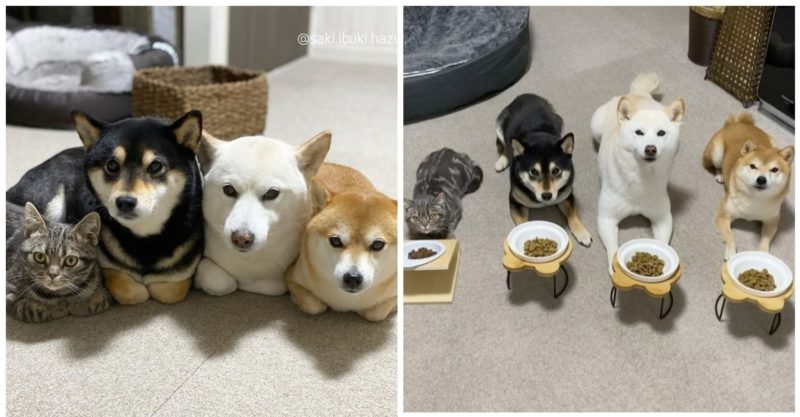 They live like a cat and a dog; they say for a reason. Usually, these two animals living in the same territory are in a constant war for its division.

And they differ sharply in their life position. If a cat walking on its own considers itself a lord, then for a dog God is its owner.

Sharing a house with a cat and a dog is a big risk. True, sometimes, if from birth a puppy and a kitten grew up together, then the situation changes.

After all, then the pets perceive each other as playmates. But this does not always happen. However, there are exceptions. 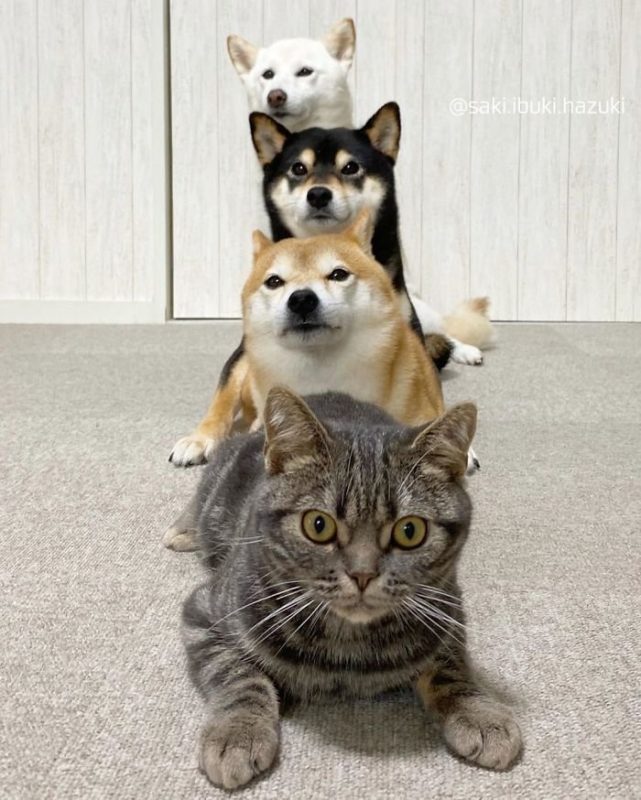 An example is a Japanese family, which, with three Shiba Inu dogs already living in the house, managed to have a cat as well.

Well, they really wanted a Briton to live with them. 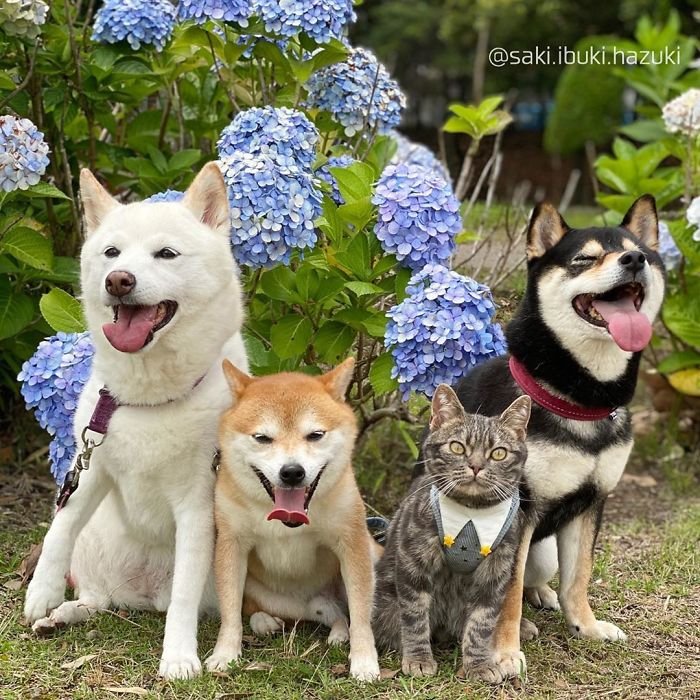 Kiki was found, that surprisingly joined the ranks of the dogs, feeling herself an absolutely equal member of their community. The kitty plays with them, sleeps, walks.

Look at these photos. This team is completed only with Kiki!