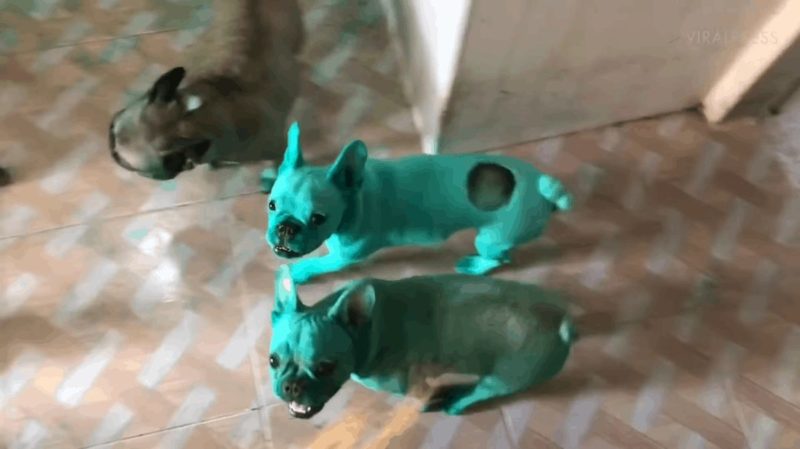 This dog breed is very funny! We are talking about French Bulldogs. Today it is really very difficult to find people who might not fall in love with these little bullies immediately, from the very first sight.

And not so long ago, in July, a situation occurred that only once again proves the fact that these pets need to be monitored constantly, without taking your eyes off.

It happened in Lamphun, in one of the provinces in the north of Thailand. It’s just that on Saturday morning, a woman realized that she almost went crazy.

Yada Ornsomjit has 4 adorable French Bulldogs at home. And suddenly two of the pets turned green! At first, the woman did not understand what was the matter and what had happened. 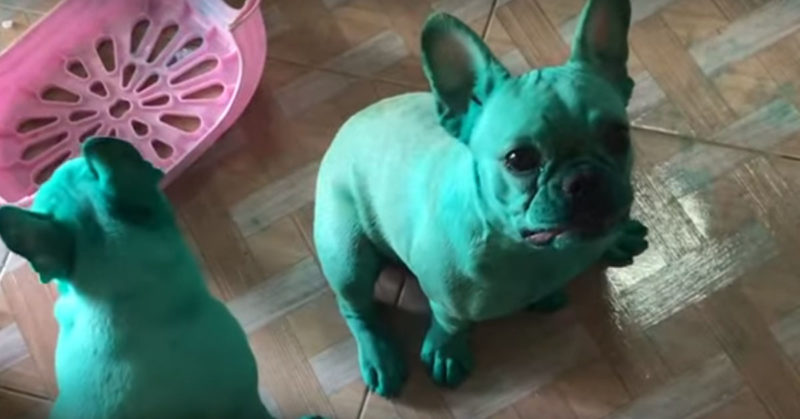 But then it turned out that she simply forgot to close the kitchen door. And these little pups took advantage of the situation!

The Bulldogs found food coloring and played with it properly. And at times it may seem that they not only painted themselves but also decided to “decorate” the entire kitchen. 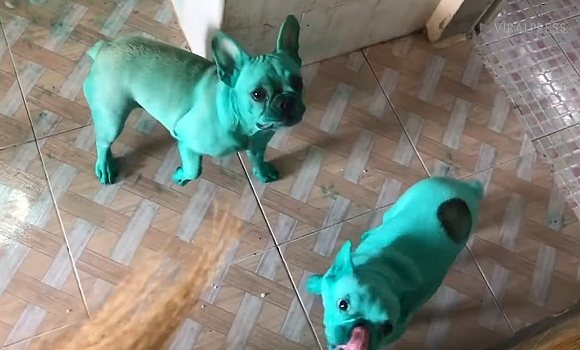 Yada soon revealed that she had to bathe her pets about three times to get rid of the dye.

The dogs themselves behaved as if nothing had happened. The puppies just smiled and showed with their whole appearance that in fact, everything is very good with them.

Obviously, they really didn’t understand anything and decided to just enjoy themselves!