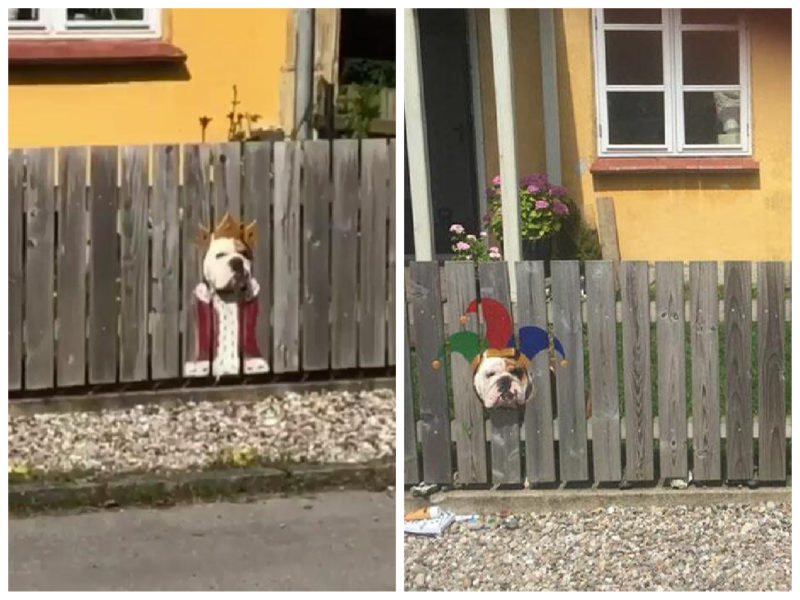 During quarantine, people are trying to find various ways to brighten up their boring life, often diving into the deepest depths of the Internet in order to find an interesting gem.

That is why it is not surprising that nowadays useful and funny videos are spreading on the Net faster than ever, and the last viral hit is the charming big bad.

This is a bulldog named Bogart and his owner Anveig Levinsen. 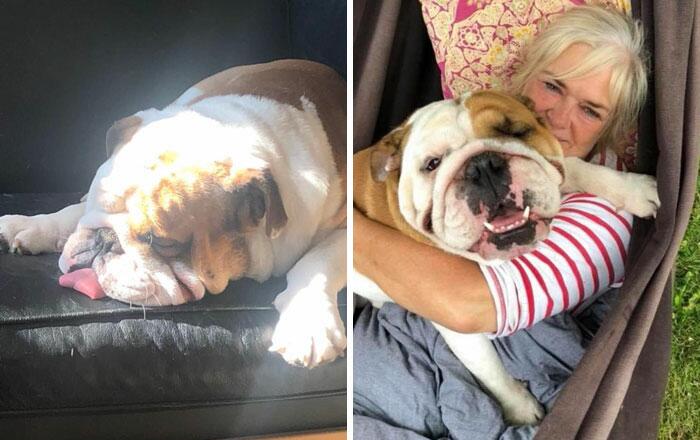 The woman lives with her husband Κlaus in Denmark and they have two bulldogs.

“He is a 4-year-old English bulldog,” says Anveig. “Once my husband and I decided that our dog Winston should have puppies. She had 8 babies and we left Bogart to ourselves – he was the smallest and cutest, ”the woman continued.

“He’s a unique personality and he’s so funny – I really love that little guy.”

Let’s go to the moment how Bogart became not only the superstar of Denmark but also the whole Internet. 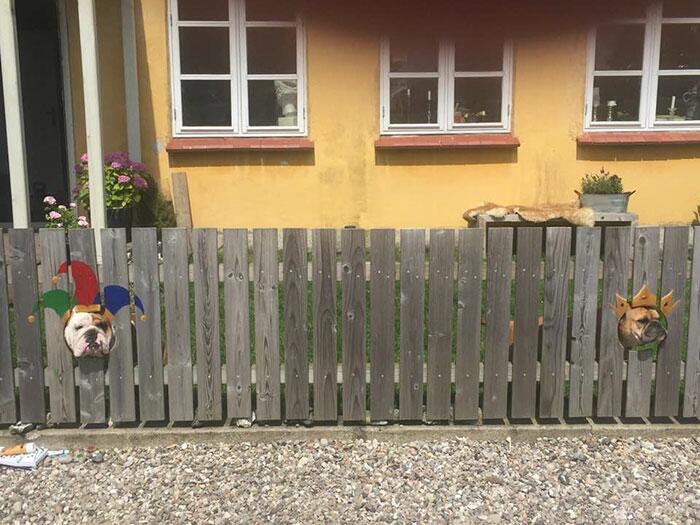 “Our house is next to a walking path and it is very interesting for dogs to know what is going on behind the fence. Therefore, we made holes in the fence so that our bulldogs could look outside.

They are standing out through the openings of the muzzle, and it is already a ridiculous sight, but I thought it would be even more ridiculous if we draw anything. ”

“You know, there are such cardboard figures in amusement parks, where you can take pictures by putting your head in such a hole,” – Levinsen refined, from where she took this idea. 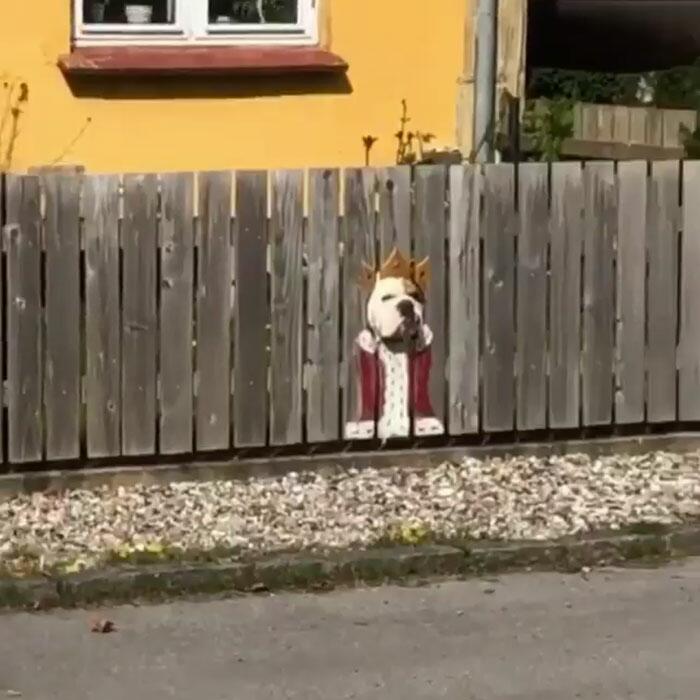 When asked about people’s reactions, Levinsen said she was overwhelmed. She also added that complete strangers turn to her to say that they think her dog and the picture on the fence are funny.

“I’m amazed that my little dog went viral – simply because it looks funny,” the woman concluded.

And here is the very video that made Bogart the star of the Internet: