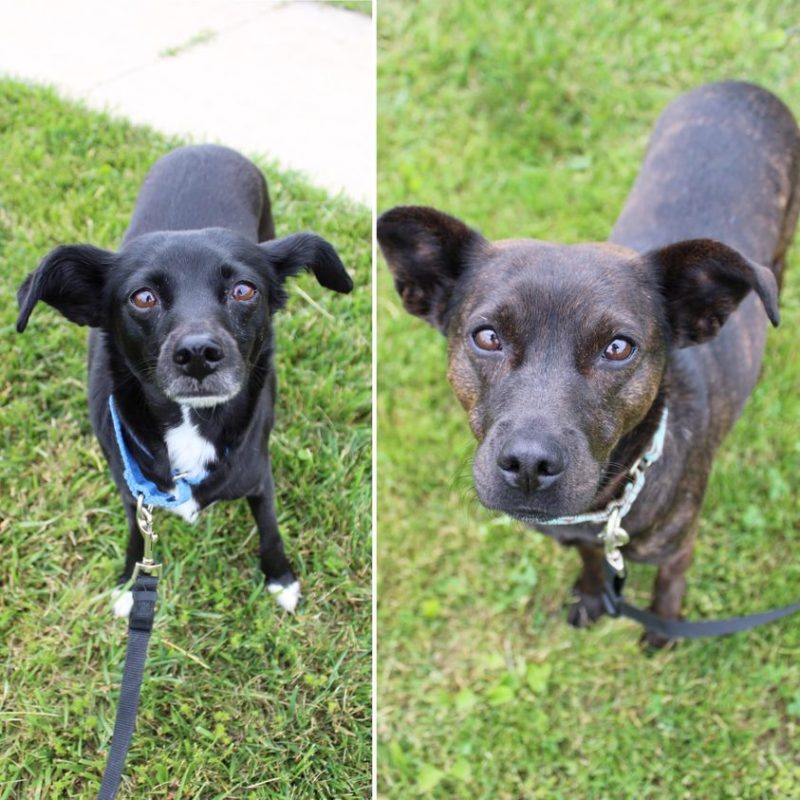 Shelters are always full of pets that are waiting to find owners. Some of them have to stay there for a long time to find an owner.

While living in animal houses they get friends with each other. Many dogs become inseparable after meeting a friend. So these dogs are called ”bonded”, meaning it would be the best for them to find a human that will rescue two pets at once.

In this story two dogs were waiting for a family to adopt them together for almost a year. It seemed that no one would take them home, shelter workers also were hopeless. 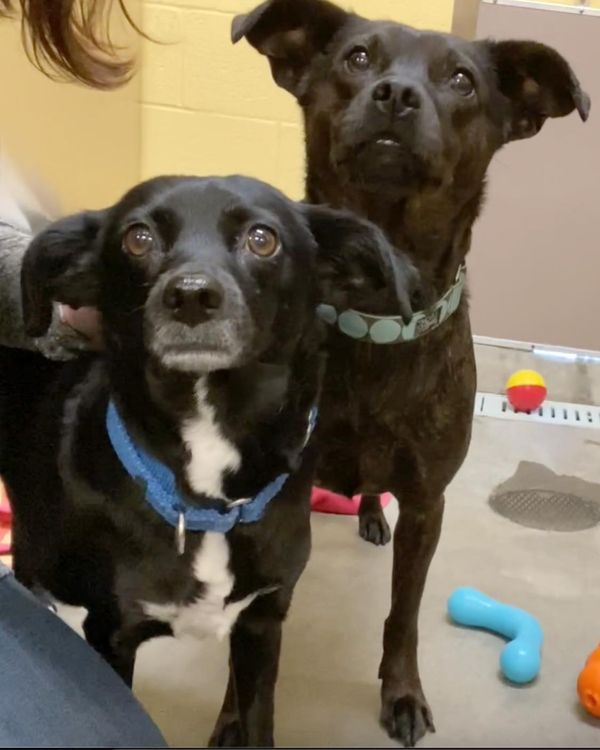 Meet Donna and Karan 4 and 5 years old mixed-breed dogs. They were moved to a shelter in Ohio last year from another one.

They were too close. These dogs were timid and would never greet an adopter first. Having a coy personality, made it even more difficlut for the dogs to find a home, especially for two at once.

In the words of the shelter staff these two are shy to new people. When adapting to animals and people they become very affectionate and playful!

The shelter staff was looking for not just a random family but people that live a piaceful life without big dogs and children.

After almost 350 days of patience the day came! The adpoters have also two canine siblings. 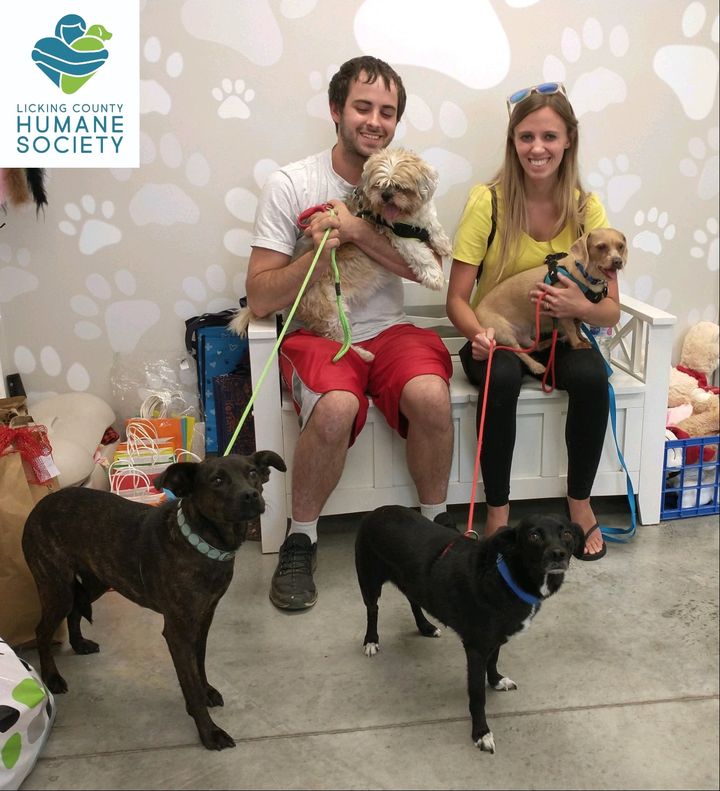 The animal house put a picture of Donna and Karan in social media with their humans being grateful for adopting the bonded pups.

It’s so pacifying to know the friends weren’t separated!

This family found a homeless kitten on the street, unaware of its extraordinary ability