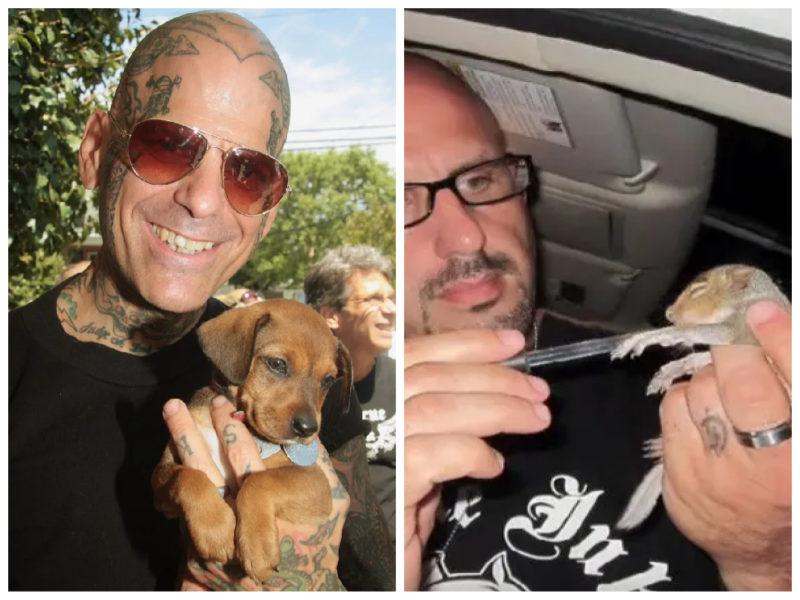 Everybody has seen stray dogs and cats at least a couple of times in their lives. It’s just impossible to live next to these animals in need and stay indifferent.

There are people, rescue groups that take them to shelters. But there is also another group of men that saves their lives, and you wouldn’t have ever think of them as possible rescuers. These men with tattoos and beards seem don’t fit for such rescue operations. But there is a famous saying: don’t judge the book by its cover.

This is the Rescue Ink – a prominent biker gang that was well-known for its activity in 2008-2014.

This group of bikers fought against animal abusers, even they had to deal with a serial cat killer. In another case, a man wanted to poison a group of cats. All of these men had once worked in the sphere of law: some of them are former lawyers, police officers, bodybuilders, etc. They know laws and always cooperate with authorities.

They have many agreements with shelters and vets. These men broke up dogfighting circuits and puppy mills.

They also didn’t pass by those pets that seem to have owners but live under cruel conditions.

Every day they would receive 1000 emails and 250 phone calls. They are big boys with even bigger hearts. One of the men once had to take a kitten with himself during an important day for him and bottle-fed it every 2 hours.

Still, they face many challenges but those obstacles never draw them back from the kind deeds they do for animals. They say that they are not superheroes as many people call them but super animal lovers!