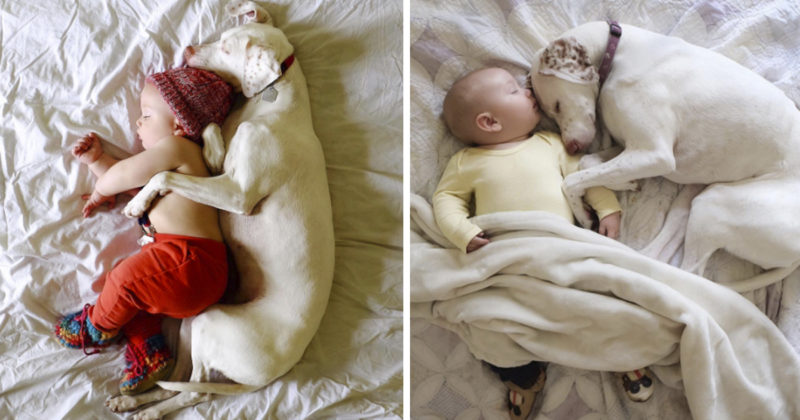 An English pointer Nora was out of luck. The dog ended up in a family where bullying was common. To save the life of the animal, volunteers had to take Nora away from the owners.

The fear of people was firmly rooted in the head of the dog. The animal did not approach anyone, avoided any unfamiliar objects. The volunteers managed to find a new family for Nora. 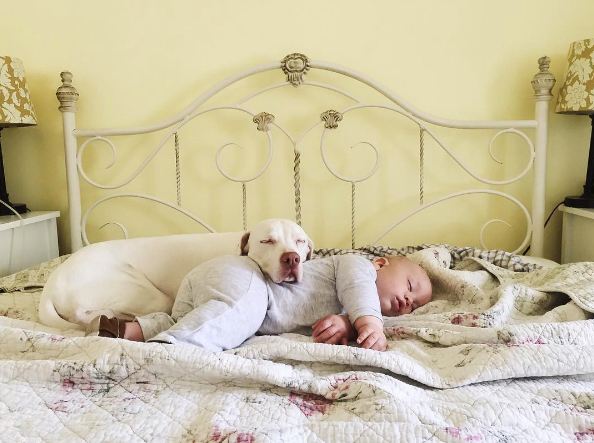 Elizabeth Spencer from Canada tried to surround the English Pointer with care and attention.

The dog began to gradually get used to the new house. She still flinches at almost every rustle, but one person began to instill in her self-confidence and faith in people. It turned out to be the owner’s little son. 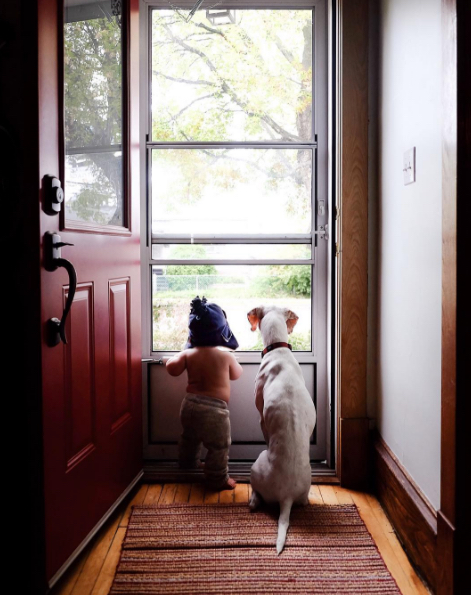 An invisible bond was established between Archie and Nora. It was this little boy that the dog began to trust from the first day.

Elizabeth Spencer shares sweet, touching footage of the friendship between a pet and an 11-month-old baby.

But Elizabeth has no cause for concern. It is hard to believe that the dog can hurt or offend her baby.

An unknown animal was found in the forest. A real handsome animal was hiding under the layer of dirt