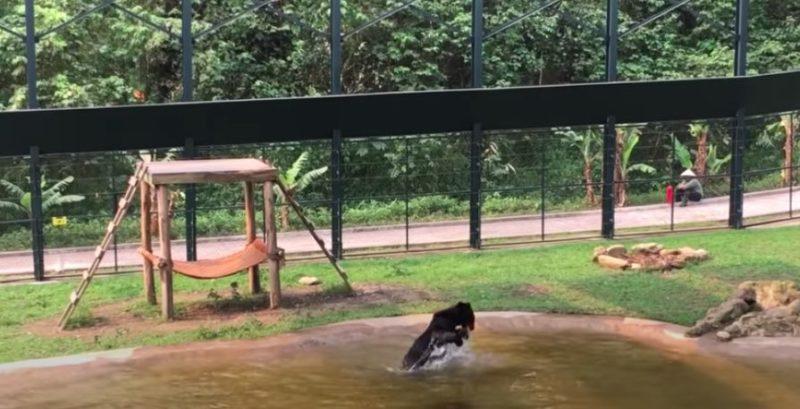 The moment came when the poor bear is finally in freedom. He is enjoying the water and making jumps during swimming. The adorable reaction of the giant was filmed on camera! 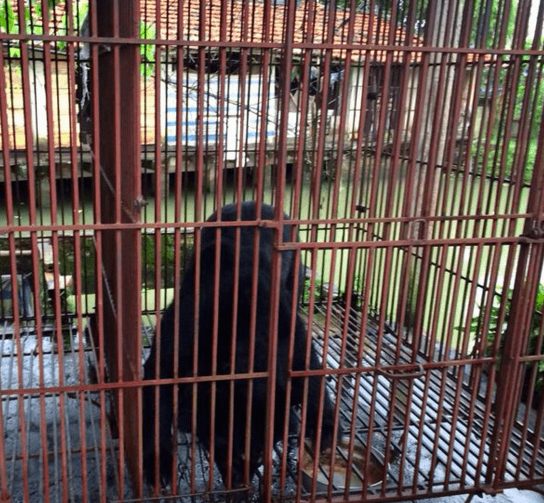 The 9-year-old bear before lived in tiny cages but fortunately, he was set free when some kindhearted people learned about the imprisoned life of the wild animal.

A charity group from Hong Kong gave a new life and ”wings” to this bear. The group rescued this poor thing from a bile farm and took him to their sanctuary in Vietnam. The animal was not in his best condition but the joy he experienced from freedom is priceless to watch and understand. 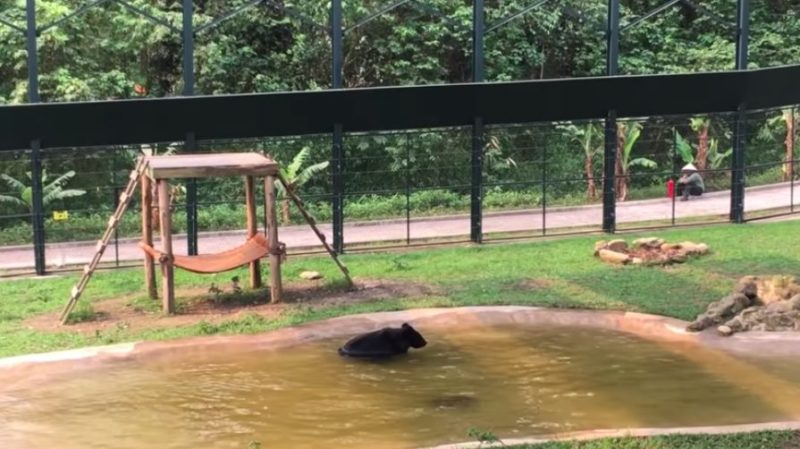 The bear underwent surgery and after the recovery, he was taken to his new home – a big, comfortable enclosure. It was in the new house when the bear for the first time experienced pool splashing.

There are no words to describe the satisfaction the bear feels in the water.