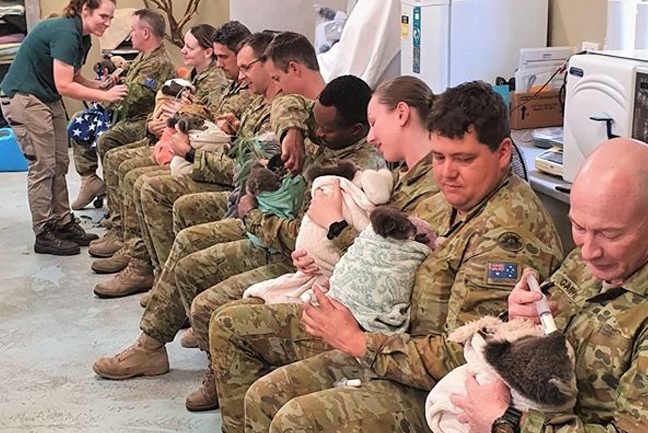 When fires raged in Australia, the military helped to extinguish them.

By order of Prime Minister Scott Morrison, 3,000 soldiers were called up to help evacuate people and put out fires in Eastern Australia.

The soldiers had to do their hard work for several weeks, and some of them voluntarily refused the prescribed leave.

They understood how important their help is to both people and animals.

The photos, which went viral on the web, show soldiers of the 16th Emergency Support Regiment holding koalas in their arms.

All of these soldiers gave up their required leave and stayed in the Cleland Wildlife Refuge to nurse the animals.

They helped veterinarians care for and feed the koalas and built an aviary for them to climb.

“I think koalas are just amazing and interesting animals. They have bags in which they carry their little ones until they grow up and learn to move around on their own. I invite everyone to visit Australia and see these wonderful animals with their own eyes,” said Captain Garnett Hall. 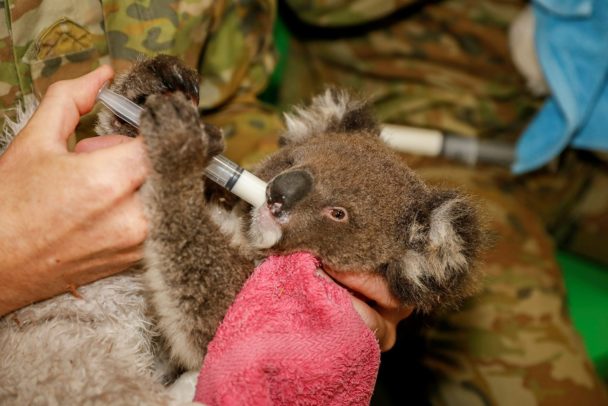 This is a very big step of kindness made by these selfless people. We appreciate their willingness to take care of these incredible animals. Bravo, you’ve done a great job!