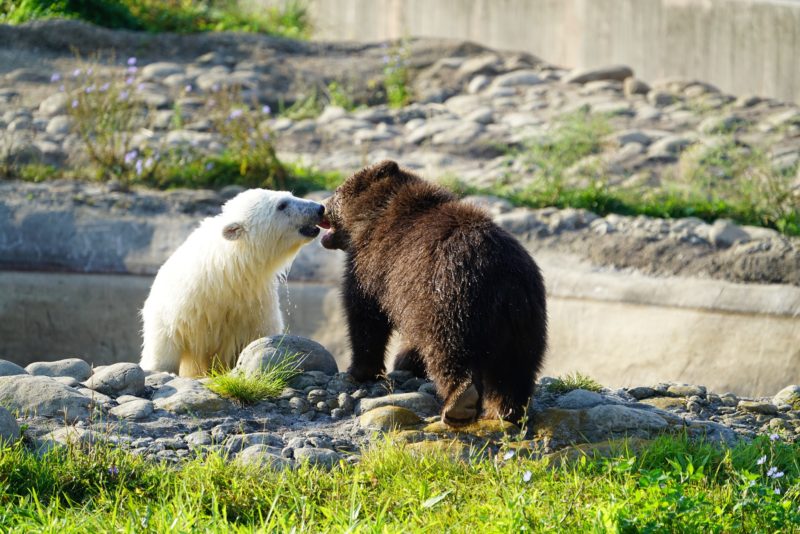 Friendship is a way of survival for all living beings. Socializing is an important part of our everyday life. The same thing works for animals.

A grizzly bear cub was found in Tok Alaska. The baby was orphaned and all alone. When rescuers found the poor baby, it was weak and hungry. The desperate cub was taken to the Detroit Zoo.

After Jebbie was taken to the zoo, he met a bear, only it is a polar bear named Laerke.

The polar bear was born in 2020 but soon after his birth, the baby was abandoned by his mom because he was weak and he had to be hand-reared. 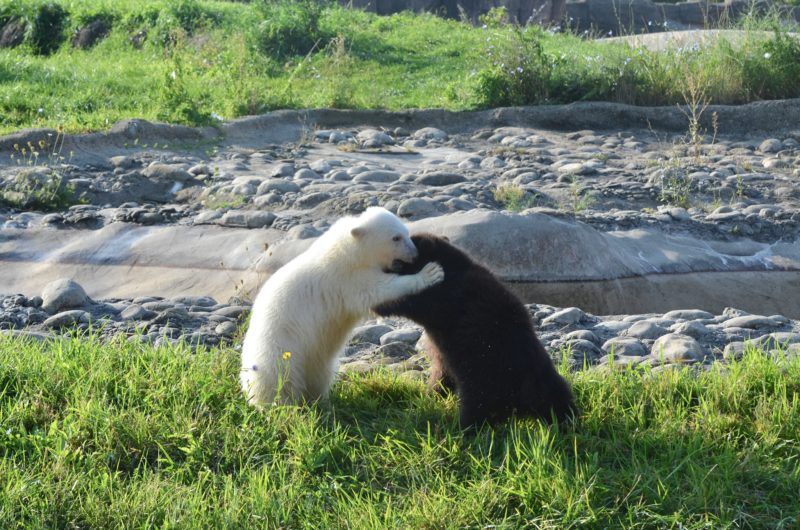 Additionally, there were no polar bears that could be brought to the zoo, so the poor baby was alone.

The appearance of Jebbie was a miracle. Laerke is not alone. They became best friends. These two cubs like playing with each other, wrestling and doing other stuff that bear cubs like to do. 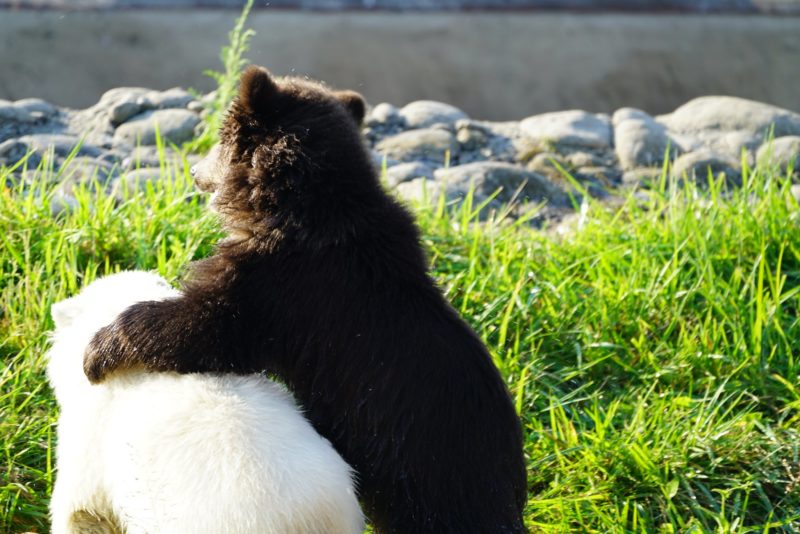 The baby cubs are provided with the best living conditions in a zoo. They have a large place to live, grassy tundra, a freshwater pool.

The zoo is open for everyone that wants to meet these amazing fluffy buddies. They have so many years ahead to spend and show their example of friendship.