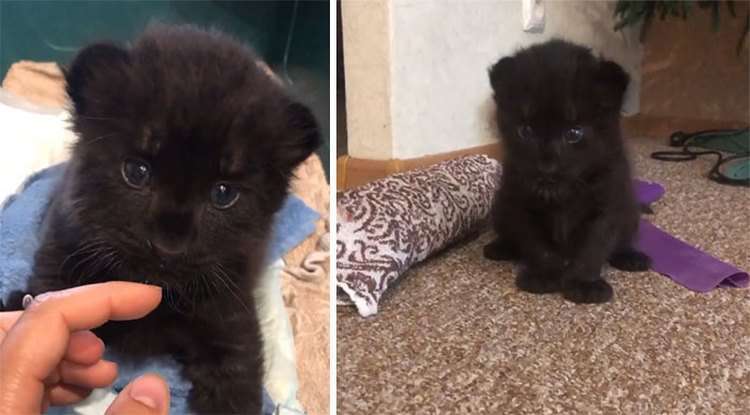 Miracles happen even more often than we think, and thanks to the Internet, they are now much easier to learn about.

Today we will tell and show the story of Luna – a little black panther, an orphan that is incredibly lucky to find great friends and become a real Siberian!

The kitten got a million chance. Her own mother, a panther in a traveling zoo, abandoned her a few days after birth. A zoologist girl who specializes in nursing cats, large and small, found out about this.

Initially, it was about just feeding the panther, but her further fate looked vague and unhappy, so the girl bought the baby. Thus began the story of Moon – a black panther in the snows of Siberia. 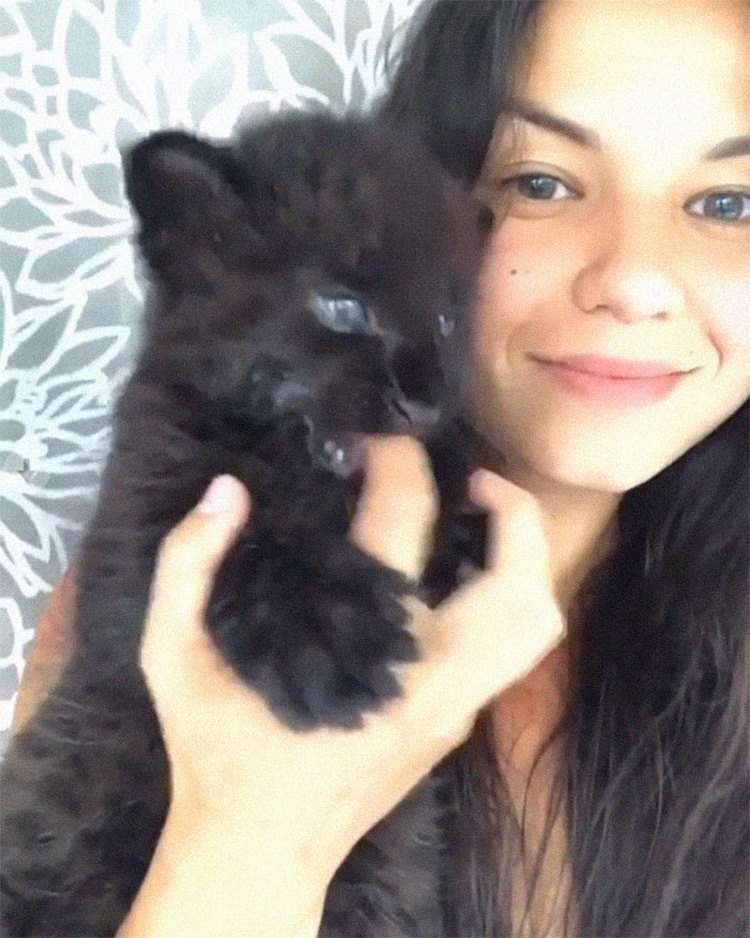 The fact is that not the best conditions of the first days undermined the health of Moon, it was treated for a long time, but it still lags behind in development from its wild counterparts.

But this is for the better, less aggression and more sociality. And in order to instruct the little panther on the right path, she was handed over under the patronage of an adult and serious dog Venza. And it worked! 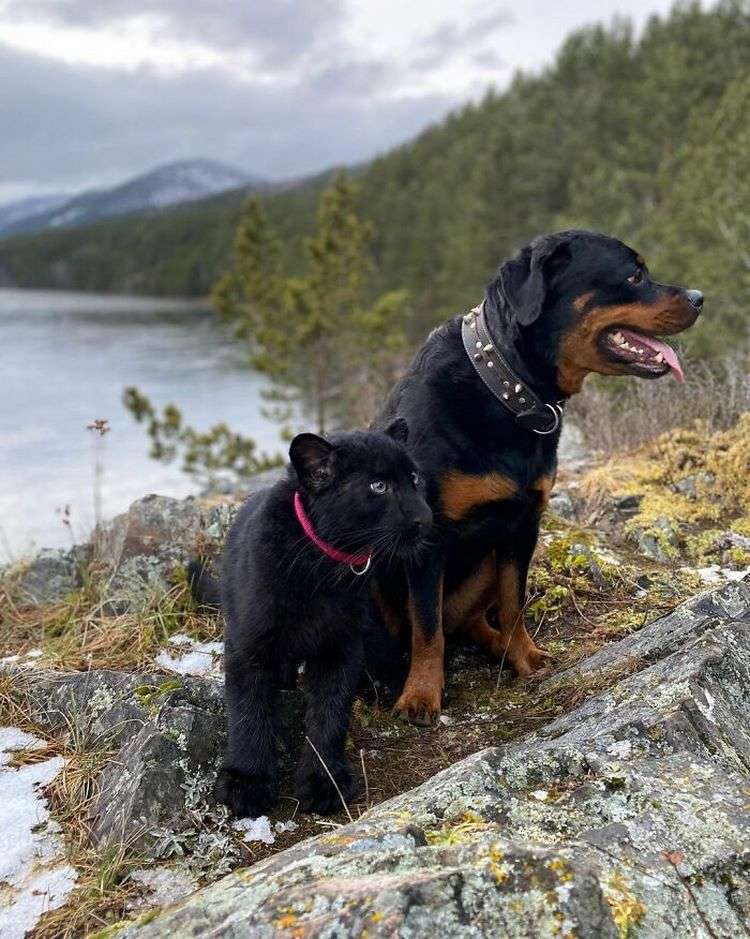 Luna is doing well now and even better. She receives proper nutrition and education, walks and plays a lot. Venza does not allow her to completely misbehave, and the owner sincerely loves her pets.