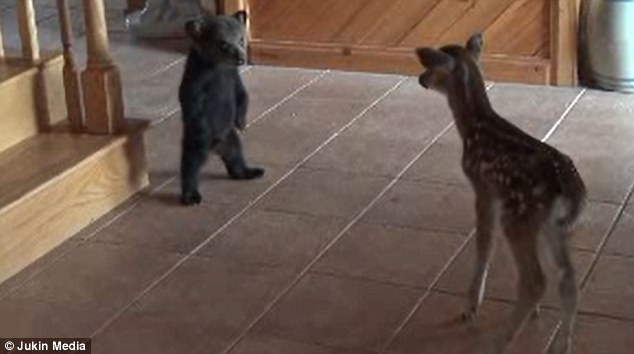 It’s usual to see how funny could the family pets we own be because they live next to us and never stop to make us smile. But it turns out that baby wild animals can also be adorable with their behavior.

In this story, a bear cub meets a fawn for the first time since he was born. It seems as if the fluffy ball is scared of the fawn and hides from it. 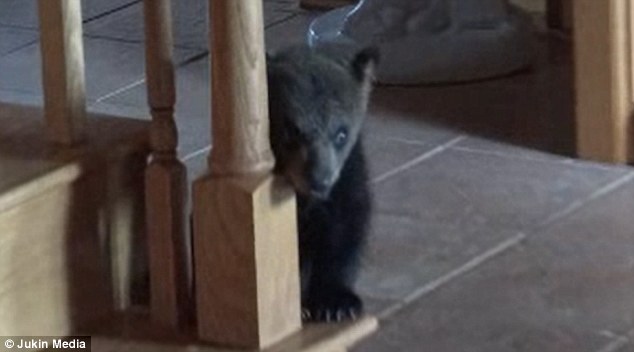 In fact, it is obvious from the footage that the cub tries to stand on his legs. Why? In our opinion, he just tries to seem bigger in front of his new friend.

Then he goes and leans on the ladder to stay firm as his legs are not strong enough yet.

The baby bear is so energetic, meantime he is amazed by the height of the animal in front of him.

This capture went viral on the Internet. People don’t stop discussing the bear and its cuteness. 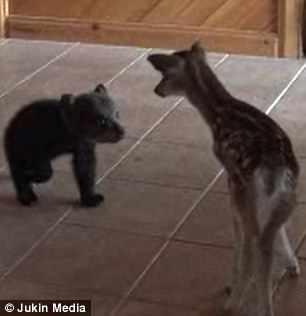 It’s something new for Boog to see a new animal. He seems to be timid but eventually, he adapts to the new mate.

It’s so funny to see that Boog is interested in the baby deer but also doesn’t dare to approach it.

The cub tries to approach the baby deer a couple of times. Eventually, he succeeds, showing that he can be bigger than the dawn.

This baby bear is such a brave animal. In the end, he even licks the deer.

The animals live in a farm where there are other rescued animals.

Immediately after sharing the footage on the Internet, it was spread and people couldn’t stop making compliments. Some even said that Boog is a boy in a bear suit!

Time passed, and the facial features of these twin siblings have completely changed: see to whom they took after 13 years later