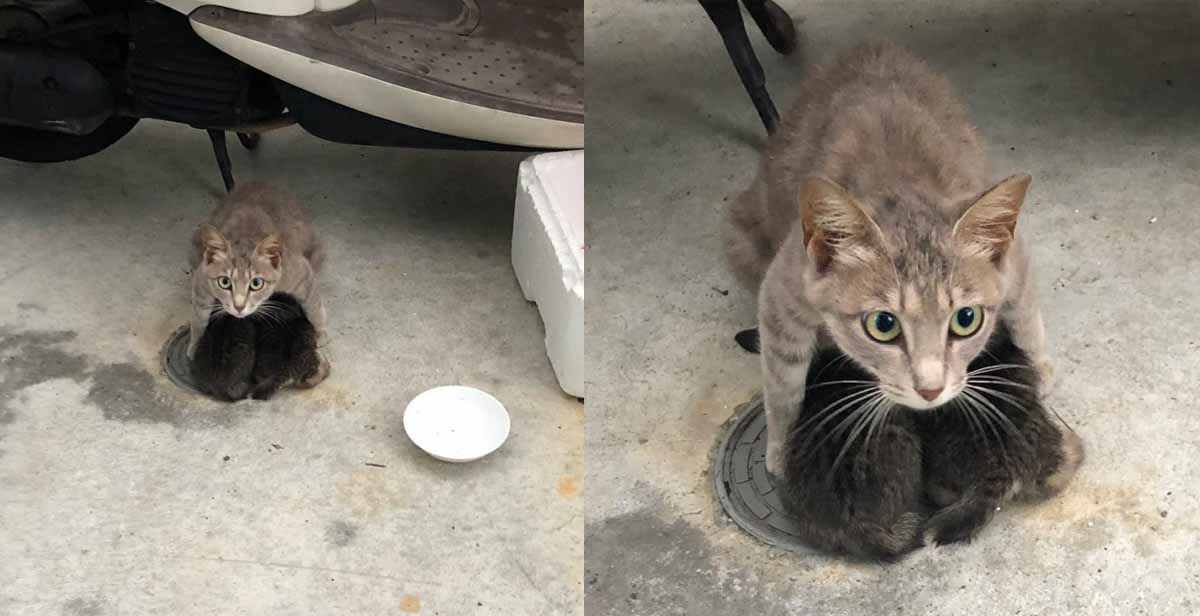 Japan’s Kyushu has recently been hit, literally, by the rainy season, which has led to numerous problems. Strong streams of water washed away entire buildings, to say nothing of smaller objects on the street.

And animals – one of the passers-by witnessed a touching scene when he saw a cat trying to protect her kittens.

Local residents said that the cat had a whole litter of kittens, but when the flood began, they were washed away by the stream.

By some miracle, the mother cat managed to save only two kittens and now literally does not let them out of her clutches, afraid of losing them again. 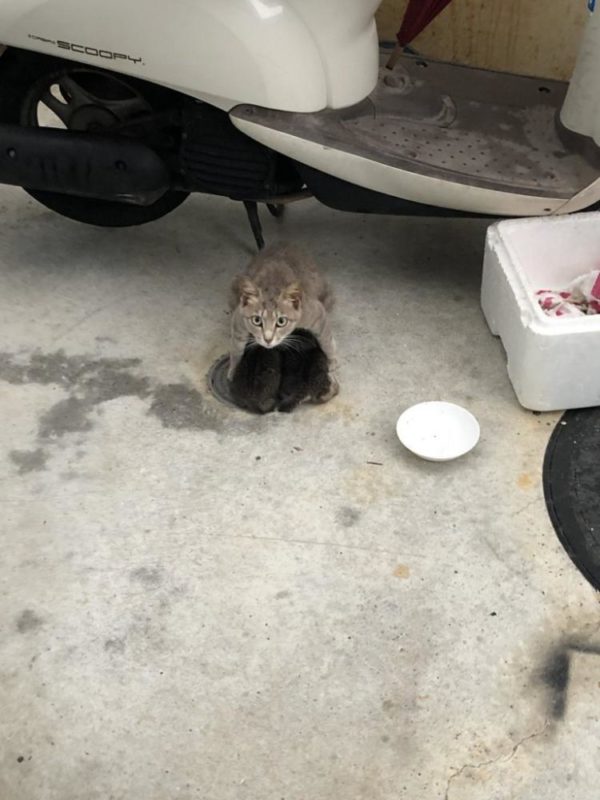 She does not even dare to transfer them to a box with rags, which compassionate people have placed nearby – that one will be easily washed away by another flood, but it is more reliable in her paws. 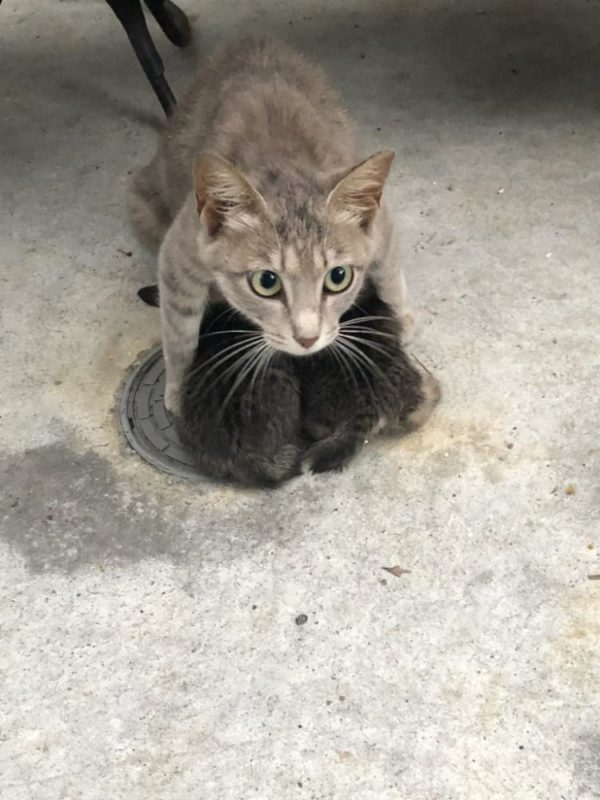 Posting the photo on Twitter received more than 180,000 retweets, the meaning of which is “Where are they, I want to take them home?!”. Currently, the cat with kittens has already been taken from the street.

She will never experience the fear of losing her babies again because now she and her family are in good hands.

A touching scene: the mama cat is struggling to protect her kittens from the flood
Share on Facebook