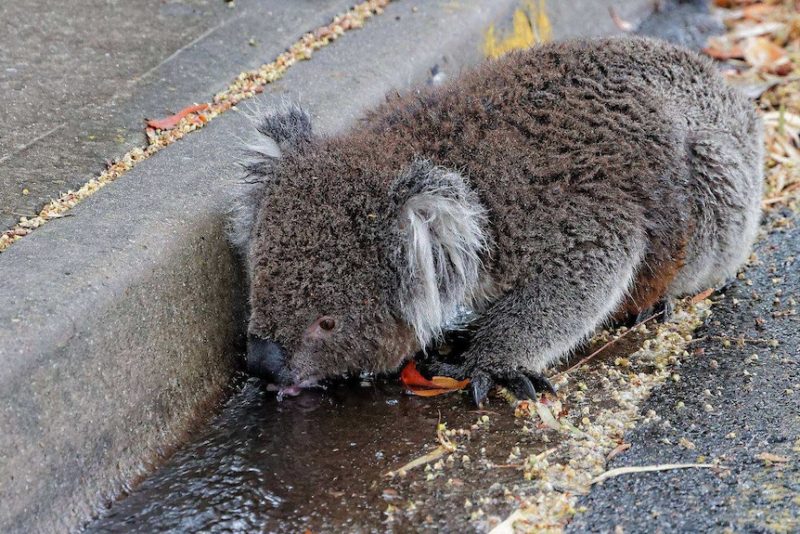 A few days ago, a heartbreaking at first glance video spread around the Internet – an unfortunate koala desperately licks drops of water from a road that is wet after rain.

Poor unfortunate animal, how hard it is for him, thousands of compassionate people began to lament. And in vain, because just the day before, Australian veterinarians called for an end to this barbarity – to drink bottled water for koalas!

You’re only making things worse for them, compassionate pests! 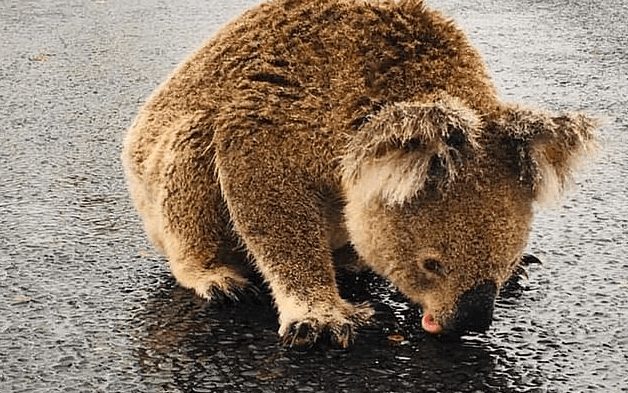 It’s finally raining in Australia and water has reappeared all around in the wild.

The video was directed by Pamela Schramm, who was returning home to Moray Kroppa Creek in New South Wales with her children. They saw a koala on the road and stopped to let the animal pass, but he was in no hurry to leave.

The animal diligently licked off the moisture and showed no anxiety. As a result, the family decided to leave the koala alone, but posted the video on the Internet, which provoked a lot of emotions. 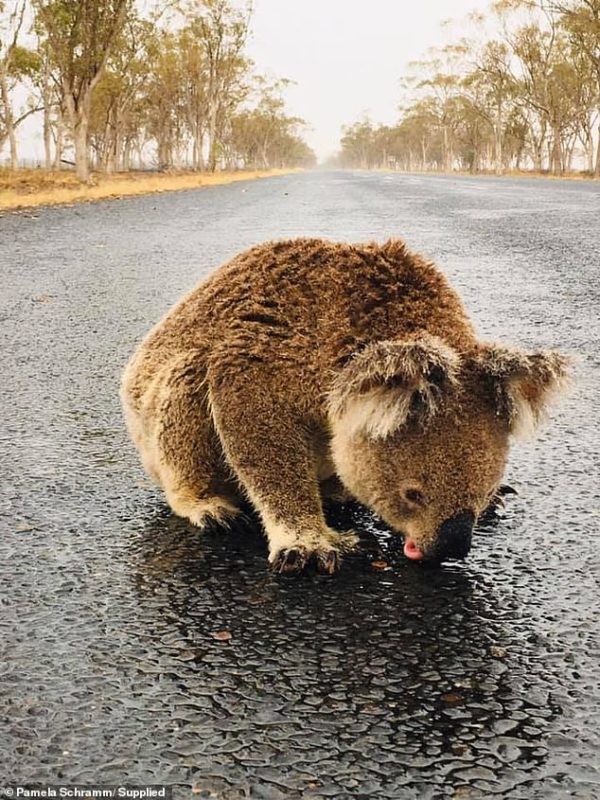 It looks really ugly, but veterinarians remind: for a koala, this is the norm!

In ordinary life, koalas practically do not drink water, they get liquid from eucalyptus leaves. If there is a need, it will gently and slowly lap with a clumsy tongue, literally drop by drop.

Koalas are not able to take large and quick sips, so if you pour water into their mouths, there is a high risk of liquid entering the lungs.

And this will lead to pneumonia and death – a number of such cases have already been recorded, in addition to Arnie. If you really want to help the koala, pour water into a bowl or plate, let them surf as much as they want.

So it turns out that when a koala licks water drops from the asphalt, this is the norm. And when people are ”concerned”, they can cause a lot of problems to the animal.