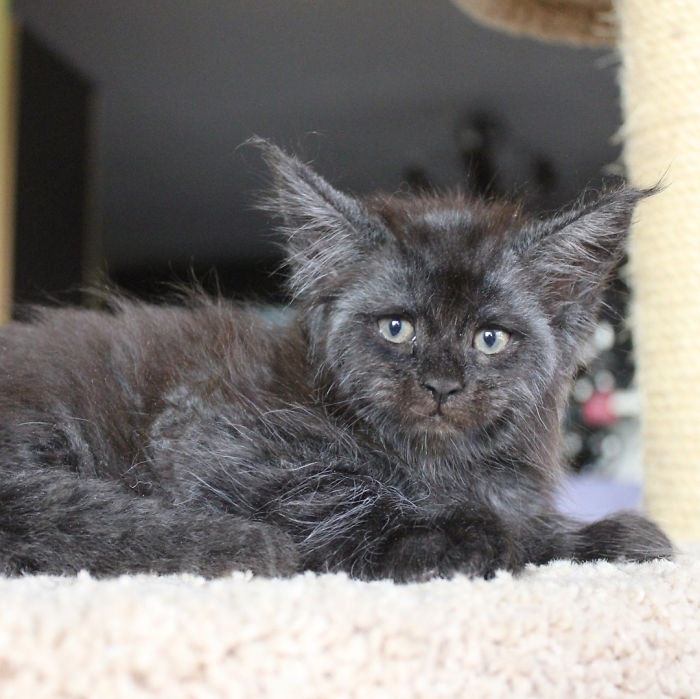 In the Moscow region lives a girl named Tatyana Rastorgueva, who is engaged in breeding Maine Coon cats. On her Instagram account, she shares photos of her pets with followers.

But thanks to the latest publication, the number of Tatiana’s subscribers has increased dramatically.

The girl posted a photo of a two-month-old kitten named Valkyrie. Now both she and the kitten have become stars of the Internet and television. And here’s the reason.

The attention of users was attracted by the kitten’s muzzle, which is very similar to a human face. Despite her young age – 2 months, Valkyrie’s eyes are very intelligent and conscious, as if she had already lived for many years. 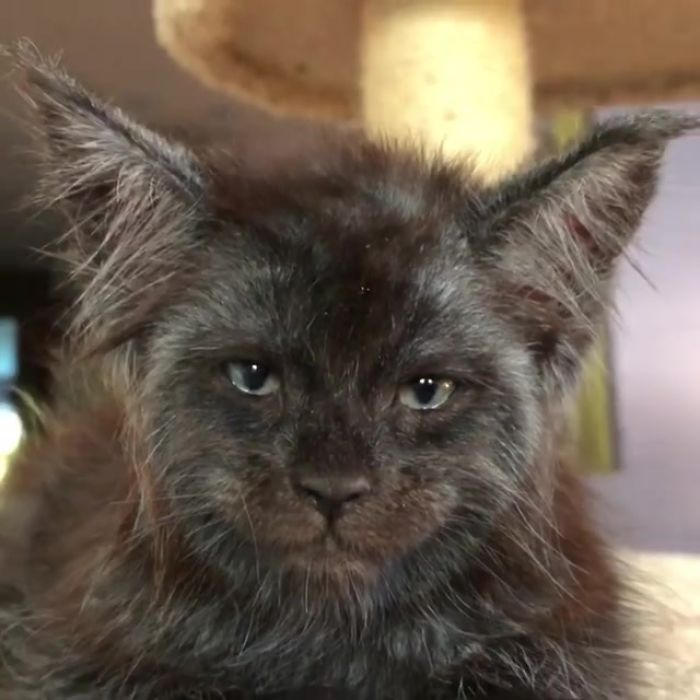 The kitten’s brothers and sisters look like ordinary kittens, while Valkyrie stands out among them with its unusual muzzle.

Tatiana’s followers are so impressed with her pet that they began to put forward the most unusual hypotheses about the Valkyrie’s human face.

Someone believed in the existence of reincarnation, and one of them said that Valkyrie’s face is what he will see before his death. 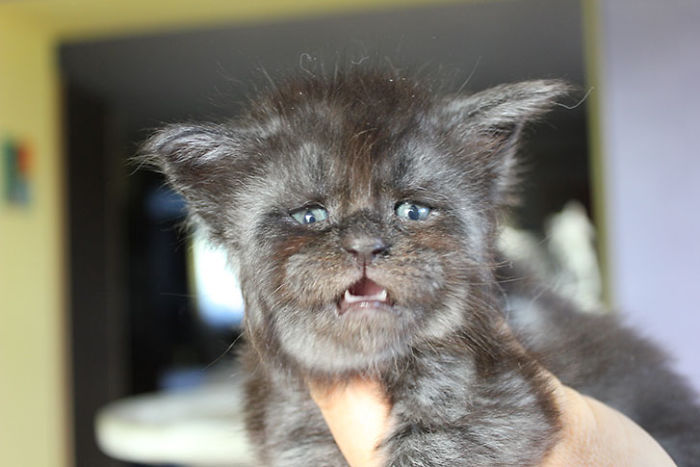 For our part, we are sure that there is no mysticism in the appearance of this kitten, and these are just features of physiology.

Now Tatyana Rastorgueva is actively looking for conscientious owners for the Valkyrie.

We hope that there will definitely be some daredevils who will not be frightened by the “human” face of the kitten.

His name is Hulk: a unique German Shepherd puppy was born in the USA