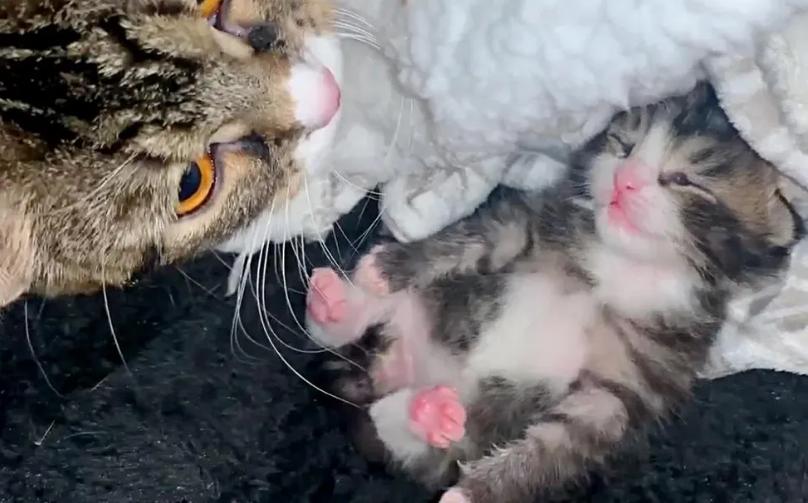 A pregnant cat with the graceful name Giselle found herself in a difficult situation – the pregnant animal was thrown out into the street during the frost period.

The negligent owners did not find anything better than to get rid of the once-beloved pet. The thing is that they did not take care of the sterilization of the animal in a timely manner. And they did not want to solve the already existing problem.

Help was provided by a girl next door. She could not pass by, took the fluffy expectant mother in her arms and carried it to a friend who worked at a shelter. But the problems didn’t end there.

Meet Pruno. The baby was born first but ended up being the only survivor of the litter. Giselle suffered the loss of kittens badly – she stopped eating, fell into a drowsy state. She ignored the baby that desperately needed mom’s care.

The volunteers split up. Some nursed the newborn Pruno, others tried to find out what happened to his mother. 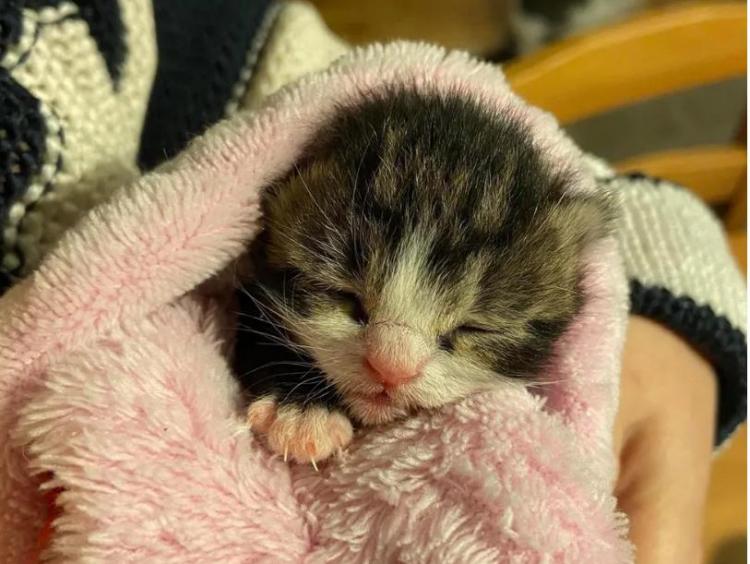 Research has shown that two more kittens are inside the cat. They died, and the infection began to develop. Giselle was slowly dying.

The veterinarian performed an emergency operation. And only a day, after it did the cat, has the strength to take some food. 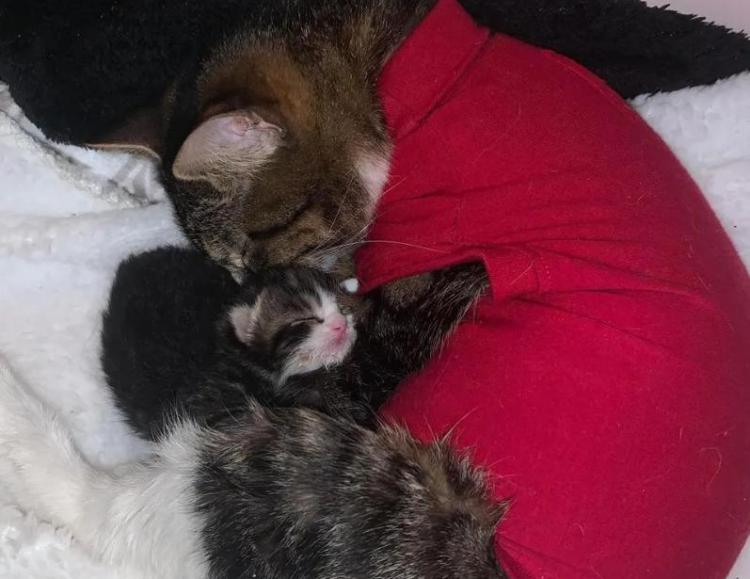 A few days later, the baby and mother were reunited. But Giselle had to put on a red protective vest. He will not allow Pruno to eat his mother’s milk, which was poisoned as a result of an intrauterine infection. But the baby will be able to bask under the cat’s side. Both are just happy to be together.

Watch the video, but don’t forget to prepare a handkerchief. Without it, there is simply no way!