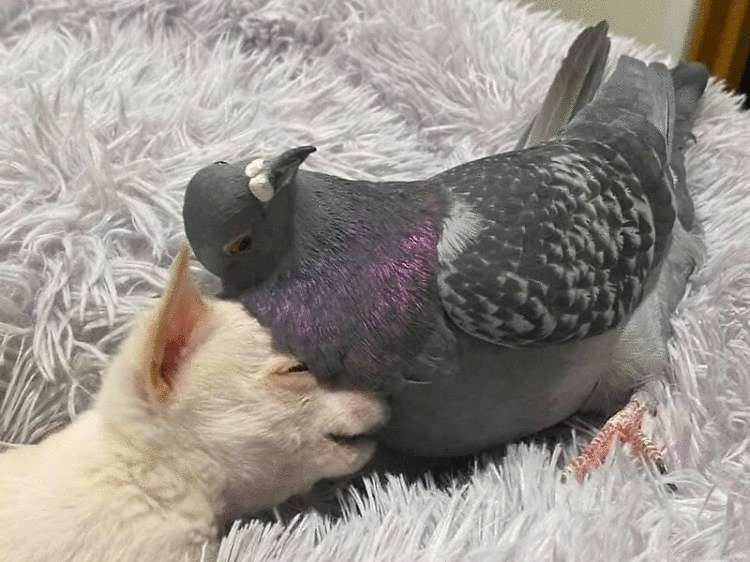 These cute animals have serious health problems. But they have also a great friendship. And the whole point is that the pigeon Herman cannot fly and the puppy Lindy is not able to move normally.

This couple is being dealt with by the New York Foundation for Assistance to Animals and Birds with Birth Defects. 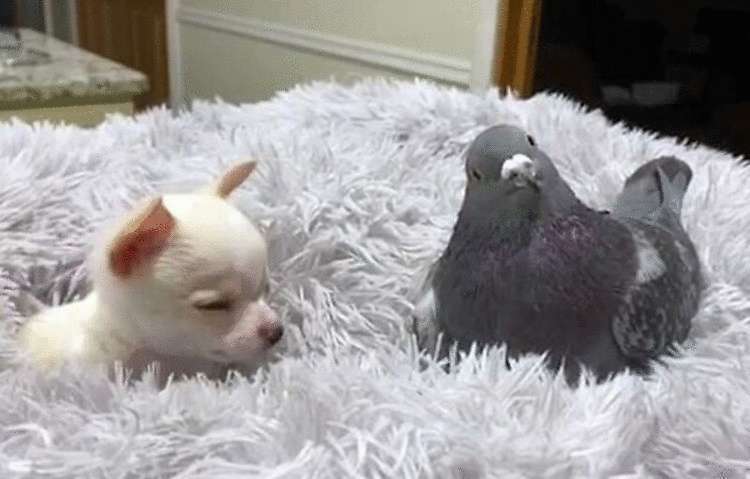 Chihuahua Lindy, with his congenital spinal injury, struck up a friendship with the pigeon Herman, whose underdeveloped wings do not work at all.

As Sue Rogers, the founder of the nonprofit foundation explained, the two residents of the fund shelter became friends almost immediately, showing their affection for each other at every turn. 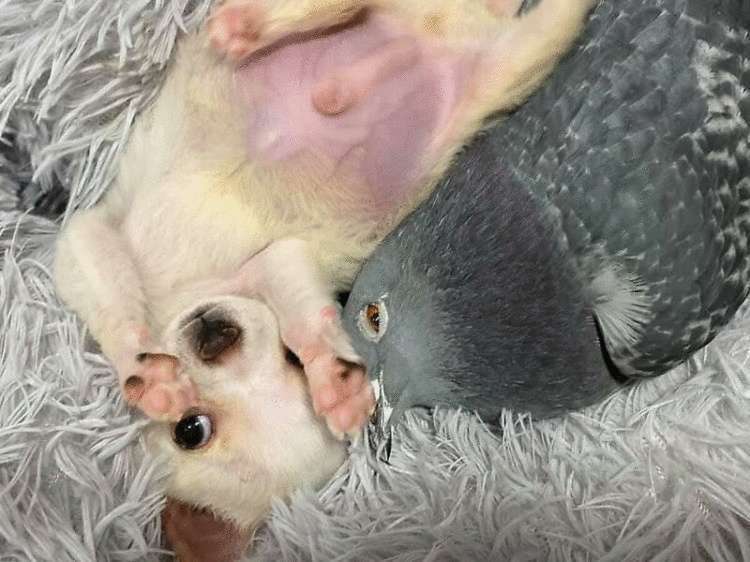 It all started with the fact that Sue, while caring for Lundy, put Herman on his crib. At first, she watched the wards, preventing them from getting close and fearing that they might harm each other.

But after a few minutes of communication between the wards, her fears dissipated – the puppy and the pigeon showed clearly visible friendliness. And it was a very cute and unusual beginning of a real friendship.

We should learn a lot from this friendship. The main thing is that animals don’t seek benefits, they simply enjoy each other’s presence and companion.

Street vendor gives the last of his food to hungry stray dogs, showing the power of generosity