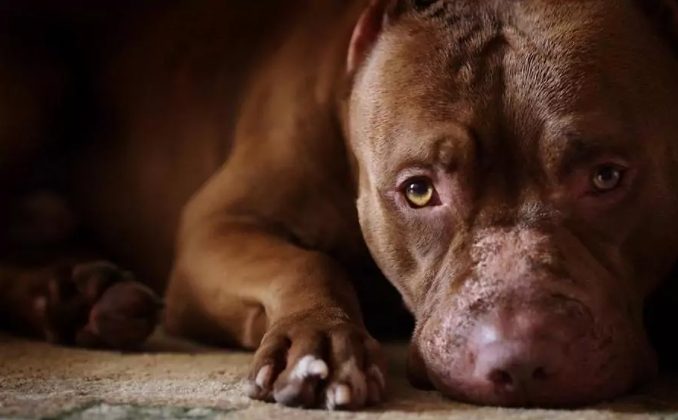 It was a typical family walk with the dog. The family was walking in the park, and their pet, named Sadie, ran a lot in nature. On the way home, the pit bull behaved normally, calmly walking next to the owners on a leash.

However, when people entered their yard, the pet suddenly broke free from the leash and rushed to the front door.

The owners were surprised, because Sadie usually did not allow herself such behavior, but decided not to focus on this, and approached the house. 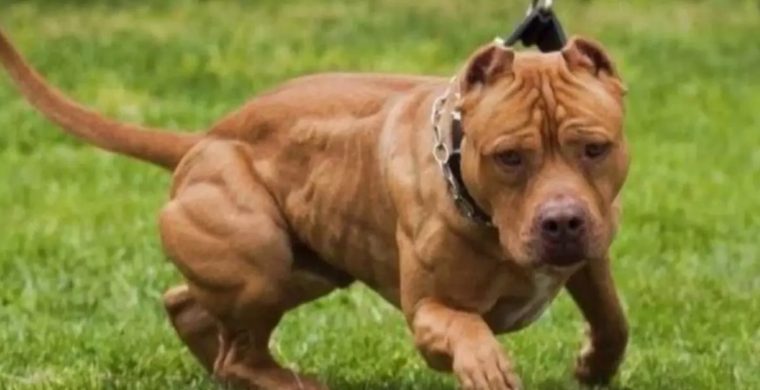 What was their surprise when the dog, sitting on the threshold, growled menacingly, and then raised a loud bark, turning into a howl.

The owners tried this way and that way to “persuade” the pet to let them into the house, but in vain. The dog whimpered piteously, and lay down on the threshold.

After a short time, the owners realized that there was a strange smell in the yard – even on the street, their noses caught the vapor of gas.

Concerned people called the rescue service. Sadie rushed to meet the specialists who arrived, and literally “dragged” them towards the basement.

Many surprised rescuers felt poisonous fumes emanating from a tiny basement window. By coordinated actions, professionals eliminated the danger that could lead to dire consequences. 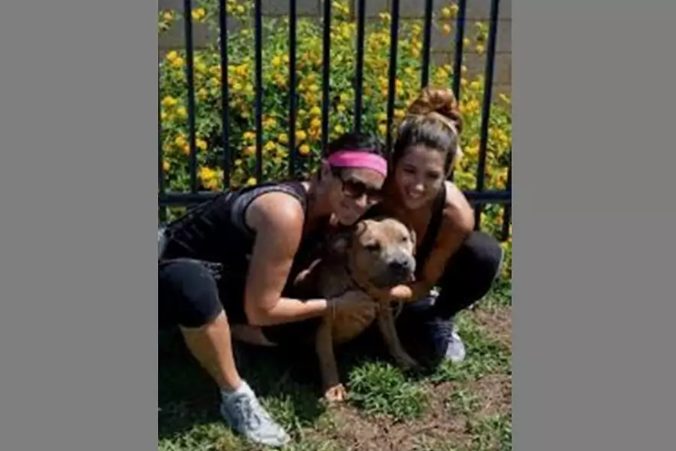 Sadie was praised not only by the owners, whom he practically saved their lives but also by the rescuers, who said that they had never met such an intelligent dog until now.

This story once again proves to us that pit bulls are not as aggressive and stupid as people think. In fact, these are smart, sensitive dogs, ready to give their lives for their beloved owners.

11-year-old pit bull did not let the owners home: smart dog felt trouble and kept on barking
Share on Facebook